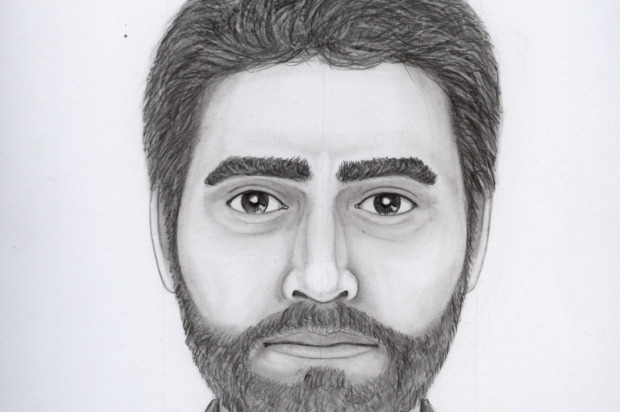 Police are asking for the public’s help in locating an unknown man who has groped women in San Francisco’s Nob Hill neighborhood on multiple occasions over the past several months.

Since August, several women in the Nob Hill area have reported being approached from behind and groped by a man with the same suspect description, police said.

The suspect is described as a dark-skinned white man or a light-skinned Middle Eastern man who is between 25 and 32 years old and about 6 feet tall with wavy brown hair with loose curls and a dark brown beard, according to police. The man was last seen wearing a green plaid button-up shirt, a dark, puffy Northface-style vest and dark blue jeans.

Police are releasing a sketch of the man in the hopes of identifying him.