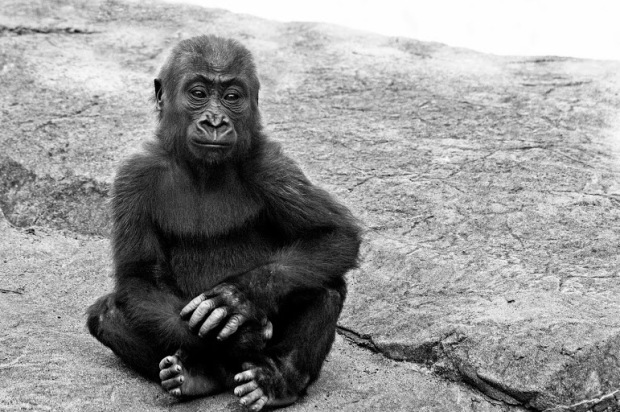 One of the youngest members of the Jones Family Gorilla Preserve at the San Francisco Zoo died Friday in what staff described as a “tragic accident,” a spokeswoman said.

Staff was carrying out its nightly post-closing routine of moving animals into their night quarters when the gorilla, named Kabibe, unexpectedly darted under a closing hydraulic door, said spokeswoman Abbigail Tuller.

Tuller said the death was particularly difficult for zoo staff who provided 24-hour postnatal car for Kabibe until she was 6 months old. This kind of accident is extremely rare, she said.

Officials said the zoo is investigating how and why this accident happened, and will review zoo policies, procedures and training in the days ahead to see if changes are necessary.

Kabibe, whose name means “little lady” in Swahili, was born on July 17, 2013 to parents Nneka, 16, and Oscar Jonesy, 33, according to zoo officials. When she was 6 months old, zoo staff gradually introduced her to the gorilla troop, beginning with the family matriarch, Kabibe’s grandmother, Bawang, 34.

Tuller said Bawang and Kabibe bonded instantly and had been inseparable ever since. Officials described Kabibe as a “beloved” member of the zoo family who brought “great joy” to the lives of the gorilla troop.

“Some animal deaths are more difficult to process than others, and this tragedy has struck us all in the deepest way imaginable,” San Francisco Zoo executive director Tanya Peterson said in a statement.

Peterson urged the public to be patient as the gorilla family and zoo staff mourn the loss of the gorilla.

The Jones Family Gorilla Preserve will remain open to the public, but officials said it may be closed periodically in the days ahead as the need arises.