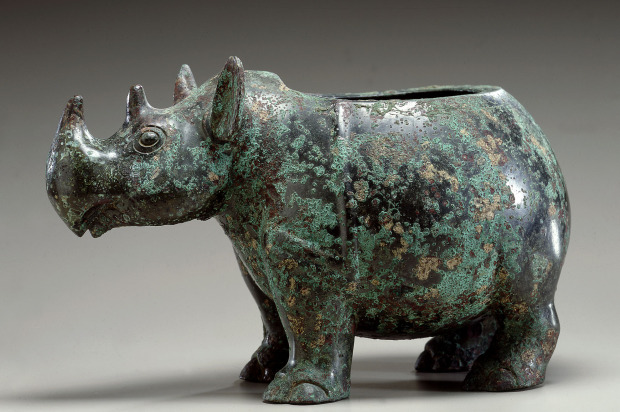 The Asian Art Museum is inviting the public to nickname a 3,000-year-old Chinese bronze ritual vessel that is shaped like a rhinoceros.

Scholars say the artwork is important because few Chinese vessels of the Bronze Age – which lasted from about 1500 to 221 BCE — were made to look like animals. The piece is the only rhino vessel found that is accurate in its proportions.

The 12-inch-high and 18-inch-long vessel is one of the most well known ancient Chinese bronze works in the world, according to museum officials.

The public can suggest a nickname through the end of December by submitting an entry form on the museum’s website or in the museum’s South Court. The object can be seen in Gallery 16 on the third floor of the museum.

The vessel may have been used to hold wine or food and a missing lid may have once covered an oval opening at its top. Museum officials want to give the artwork the “term of endearment” it deserves.

Each person can submit as many nicknames as they wish, with one name per entry form. The museum is asking for a nickname of just one word and the museum will award prizes to the top three names chosen by museum staff.

The prize for submitting one of the top three names is a “Rhino Prize Package,” including a museum family membership, a plush rhino and a $50 gift card to the museum store.

After staff members choose the top three names, the museum will allow the public to vote for the winning nickname from among the three. Voting will begin after Jan. 1 and the winning name will be announced in February.