Advanced Style Alexander And The Terrible Horrible No Good Very Bad Day Dracula Untold The Judge The Two Faces Of January by Rain Jokinen | October 10, 2014 9:32 am | in Culture | 0

The Two Faces of January – Embarcadero

This is being dubbed “The Talented Mr. Ripley, but in Greece,” and that’s not too far off. After all, it is also based on a Patricia Highsmith novel, and features beautiful people doing nefarious things in a beautiful location. The biggest difference is, well, it’s just not quite as good as Mr. Ripley. The plot is a little thin on mystery and twists, and the ending leaves you with an “Is that all there is?” kind of feeling. But, if pretty people in pretty places wearing pretty clothes is enough for you, this doesn’t disappoint.

Viggo Mortensen plays an “older” con man, married to Kirsten Dunst, on vacation in early 1960’s Greece. Oscar Isaac, (so, so dreamy, he), is an American ex-pat turned tour guide who strikes up a friendship with the couple, initially based on some cons of his own. But soon they’re all united in fleeing the authorities and trying to trust each other.

It’s very, very old fashioned story telling, which is, frankly, kind of refreshing. But if big explosions, sex, and violence at the movies has you now ONLY craving that from your entertainment, this isn’t the flick for you. 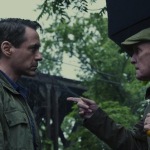 Robert Downey Jr. stars in a downer. He plays a lawyer who returns to his hometown to help defend his estranged father, a judge, who’s being tried for murder. Sounds like something John Grisham would have a hand it, but it is not, in fact, based on a Grisham book. Robert Duvall plays the mean old judge. Stretch! 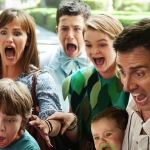 Families with kids ages eight and up, your weekend movie-going plans are set, whether you like it or not. The popular kids book is now a movie starring Steve Carrell and Jennifer Garner as the parents of Alexander, who is having the best worst day ever.

Nope, sorry, it’s just the “untold” story of how Drac began life as Vlad the Impaler, went to war, met with a sorcerer named Caligula (!) and then was blessed with immortal life, and cursed with a insatiable thirst for blood. Bummer. I’d have rather seen Dracula, Untold: Male Stripper.

It started as a blog, then became a book, and is now a documentary, all with the same basic premise: That style has nothing to do with age. There are few phrases that I hate more than “age appropriate,” when applied to clothing and anyone over the age of 40. Hell, it’s probably even aimed at people over 30 these days! The women featured in this doc are not afraid of being noticed and dressing however they damn well please, and, thankfully, they all have great taste. Because, while dressing “age appropriate” isn’t something one should ever be forced to do, there are a few things that are just never appropriate. Like wearing flip flops when it’s raining out. Or culottes–I don’t care WHAT Vogue says