Annabelle Gone Girl Left Behind Men Women and Children The Conjuring by Rain Jokinen | October 3, 2014 7:32 am | in Culture | 0

I started casting the movie version of Gone Girl in my head the moment I started reading the book back in 2012. I can’t remember who I wanted as the titular Girl, Amy, but I do remember thinking Patrick Wilson was the perfect blend of generic good looks, blandness, and asshole for the husband, Nick.

I am excited as hell to see this, even if none of my casting choices made the cut. For one, when David Fincher is good, he’s amazing, so hopefully this is more Zodiac than Alien 3.  For another, it’s been long enough that I’ve forgotten major parts of the story, so won’t see everything that’s coming. And word has it Fincher and screenwriter–original book author, Gillian Flynn–made some big changes to the ending as well, which, on the one had, could be upsetting to mega fans of the book, but on the other, seems really smart, since knowing all the story’s twists ahead of time might take away from the enjoyment of the movie.

As for Affleck instead of Patrick Wilson as Nick? I think there’s a certain inherent douchiness in Affleck that he’s been pretty successful in curbing throughout his career. If he’s willing to let his inner asshole fly, he could be perfect. 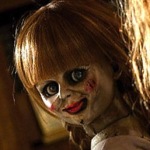 Prequel to the hit film The Conjuring, (which starred Patrick Wilson!), focused on the backstory of a creepy doll that makes a brief appearance in that film. My main problem with creepy doll horror movies is they inevitably make the doll look like a cliched version of evil, completely missing out on the fact that dolls, even “sweet” looking ones, are pretty fucking creepy as they are! Watching an immaculate, cute American Girl doll slash someone’s throat would be 10 times creepier than watching a doll with devil eyes, yellow “skin” and black teeth do the same. 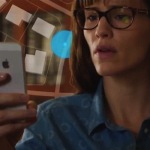 This drama starring Jennifer Garner and Adam Sandler (?!) appears to be the second dud in a row for Jason Reitman, (the other being Labor Day, release earlier this year to pretty dismal reviews–although I kind of liked it). The multi-character drama looks at the shocking ways the the Internet is affecting modern living, but most likely none of it will come as a surprise to anyone who has, you know, actually used the Internet, which is to say, anyone under the age of 80.

Pretty much every item in the the news these days makes it seem like the end is nigh. Which means it’s the perfect time for a Left Behind movie! And if you’re thinking “Hey, haven’t we already had a whole bunch of Left Behind movies?” you’d be right. But that first one came out 14 years ago! Obviously, it’s time for a reboot of the franchise. So, now you have a choice: Watch the original starring Kirk Cameron, or this one, starring Nicolas Cage.

Or you can hope and pray for the actual rapture to happen, thus freeing you from having to make such a horrible, horrible choice.