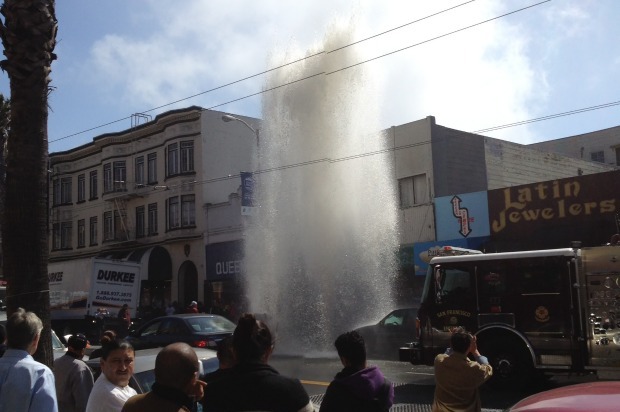 A big-rig struck a fire hydrant causing water to burst onto the street in San Francisco’s South of Market neighborhood this afternoon, a fire spokeswoman said.

The intersection remains blocked as fire crews work to shut off the water flowing into the street, according to Talmadge.