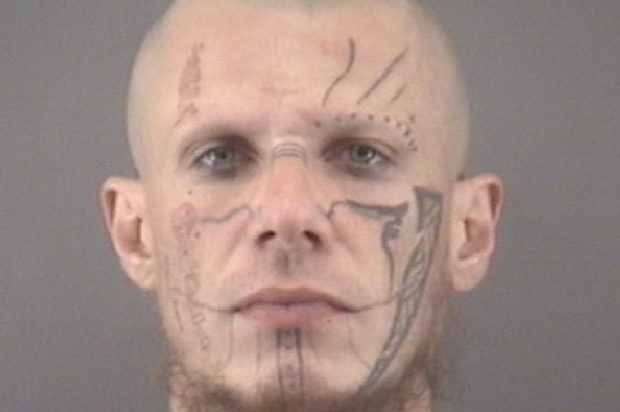 A San Francisco native named for a Mesopotamian demon has been accused of murdering two people and burying them in shallow graves in the backyard of his North Carolina home, according to the Forsyth County Sheriff’s Office.

Pazuzu Illah Algarad, 35, and his wife Amber Nicole Burch, 24, were arrested on Oct. 5 at their home at 2749 Knob Hill Drive in Clemmons, North Carolina where sheriff’s investigators served a search warrant and discovered the skeletal remains of two men.

Algarad, according to his Facebook profile, was a San Francisco native and attended Sonoma Valley High School.

The two victims were identified by the sheriff’s office today as Joshua Fredrick Wetzler and Tommy Dean Welch.

Wetzler and Welch were both reported missing in 2009. Wetzler’s car was found abandoned in Winston-Salem sometime around his 32nd birthday in March of that year. Welch disappeared while walking from his brother’s house to his own home in October, when he was 31.

A third suspect, identified as Krystal Nicole Matlock, 28, of Winston-Salem, was also arrested in connection with the crime and accused of being an accessory after the fact to murder. She was booked into the county jail under $250,000 bail.

Algarad and Burch are each charged with one count of murder and one count of accessory after the fact to murder, according to the sheriff’s office. They were both booked into jail without bail.