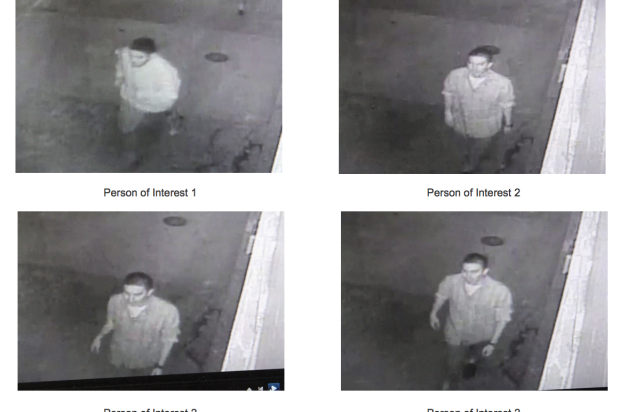 San Francisco police are asking the public for help in identifying two men seen near where a man was fatally stabbed in the Mission District on Sept. 9.

Police released surveillance video today showing the two men running after the stabbing, which was reported at 11:49 p.m. near 24th and Capp streets, about a block from the 24th Street BART station.

The victim, 20-year-old Ronnie Goodman, was take to San Francisco General Hospital where he died of his injuries.

Anyone who can identify the two men seen in the video or provide information on their whereabouts is asked to call homicide detectives at (415) 553-1145. Anonymous tips can be made by calling (415) 575-4444 or texting to TIP411 with “SFPD” in the message.