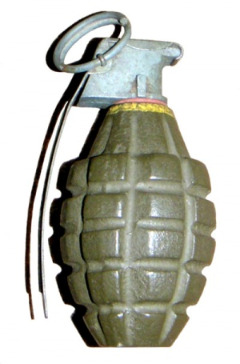 At least three training grenades were found in the basement of a home in San Francisco’s Noe Valley neighborhood on Wednesday evening, police said.

Police received a call shortly before 6 p.m. from a contractor who reported finding the suspected explosive ordnance devices in the basement of a home in the 1100 block of Sanchez Street near 24th Street.

The Police Department’s explosive ordnance disposal experts responded to the home and determined the devices to be training grenades, police said.