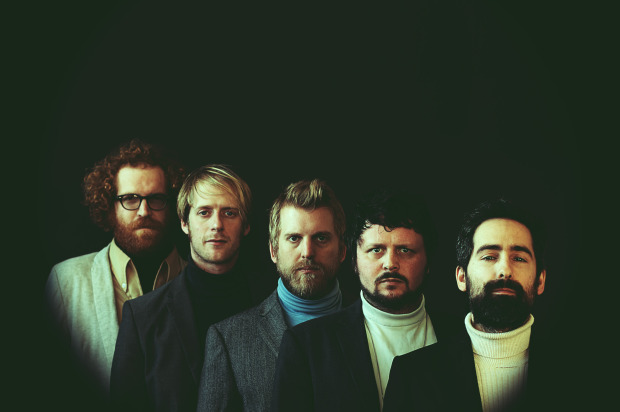 Blitzen Trapper is coming back to one of their favorite venues. The Portland quintet has spent many a nights entertaining the masses all around SF but it’s the Independent that sticks out the most, says frontman Eric Earley. “I think the atmosphere is intimate feeling somehow and there’s good energy,” Earley tells the Appeal.

Riding high on the release of last year’s VII, an album that marks over a decade of music, Blitzen Trapper have changed labels and continued perpetuating their brand of country that feels far more authentic than the vapidity of current popular country. Earley and co make a point of touching on far-reaching genres that cater to the depths of their storytelling. VII’s “Thirsty Man” combines Doors-esque organ with fast-moving fingerpicking and harmonica as Earley sings the story of unrequited love on the road.

It’s only fitting that the band approach a similarly folksy songwriter’s catalog. Their homecoming shows next week include two performances of Neil Young’s iconic Harvest LP. Earley cites Young’s Tonight’s the Night as a personal favorite and the band as a whole feel just as intuitively comfortable with Young’s music as they do playing their own. “It’s one of those records that everyone can agree is great, people know all the songs and it’s simple and really an elegant record as far as the arrangements,” Earley explains. “It’s a record that we already seemed to know before we tried it out.”

Blitzen Trapper has been peppering their sets with various Neil Young songs throughout their tour, so fans can expect one or two songs thrown in for good measure at Tuesday’s show at the Independent. After over ten years of making music together, the band is thoroughly comfortable in the studio and onstage. It is their ease that makes for a consistently good live show. “The audience is in good hands generally and they know that,” Earley says. “We’ve always had good shows in SF, good crowds and a good time.”