Appealing TV: The Flash, The Affair and The Walking Dead 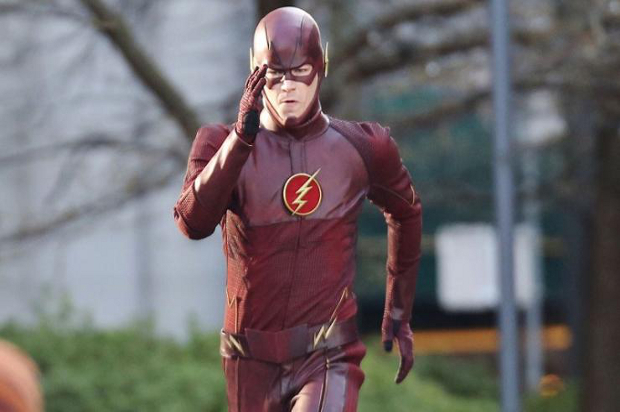 This week I’m bringing you up to speed on the the tail end of the deluge of premieres for this TV season!

Tuesday, October 7
The Flash (8pm, CW, series premiere)
The Flash will act as a companion series to Arrow (which sounds much classier than spin-off, in the same way limited series > mini series and re-imagining > reboot). It looks like the CW will be bringing a sense of fun to the proceedings (which worked out really well for Arrow). For those of you who remember the original one and done Flash TV series on CBS in 1990, the “original” Flash, John Wesley Shipp, will be joining the proceedings as the new Flash’s father.

Bad Girls Club (8pm, Oxygen, season premiere)
Framing this season of the reality show as a redemption is a fancy way of saying it’s an all-star season. Jokes on you, titular Bad Girls. Looks like this season will be the Joss Wedon’s “remember to always be yourself. Unless you suck” quote of reality television.

Matador is the new prime show to fold laundry to with its workman-like silliness that doesn’t try to go full Andy Sidaris/Hard Ticket to Hawaii. And it will be coming back for a second season, to boot.

Supernatural (9pm, CW, season premiere)
Supernatural is Dukes of Hazzard for a generation that grew up watching Are You Afraid of the Dark and carried around tarot card decks in their backpacks to give readings during lunch.

Town of the Living Dead (10pm, SyFy, series premiere)
A reality show about the making-of an ultra-independent zombie movie (which will premiere on SyFy if/when completed) in small town Alabama featuring a quirky cast of Southern types us Yankee types will find different but will ultimately fall in love with because of their never-say-die spirit and undertones of following your dream no matter what. So, it’s AMC’s Small Town Security, but instead of security, it’s independent horror movies.

Wednesday, October 8
Arrow (8pm, CW, season premiere)
While DC/Warner Brothers seem to have a strict NO JOKES NO JOY policy in their movies, Arrow has turned into a hit for the CW. Who knew that including humor in your superhero television series (among other things that Arrow does right) can endear your series to fans?

Lucha Underground (8pm, El Rey, series premiere)
One of the best decisions I made this year was getting back into professional wrestling. It also helps that now I know way more about writing and performing than I did when I was thirteen. Lucha Libre is more than white people (unless you’re El Generico) wearing a mask and taking ironic selfies wearing Lucha Libre masks in the Mission. Featuring Lucha Libre on Robert Rodriguez’s El Rey Network is a very on-brand (or whatever) move for the channel that Grindhouse built.

Kingdom (9pm, Directv, series premiere)
It is kind of a shame that combat sports narrative series haven’t taken off (FX’s Lights Out in 2011 was one such attempt and went down after one season), when cinema has things like Rocky I – IV + Rocky Balboa, Fat City. Hell, even Vision Quest. It’s a shame because combat sports is rife with narrative veins to mine (one can point to HBO’s 24/7 series, and every Countdown to UFC PPV lead-up shows. Just add Liev Schreiber narration and Explosions in the Sky soundtrack). It’s the matter of trying to adapt the rush of drawing out the climatic big fight over thirteen episodes that seems to be the rub.

American Horror Story: Freak Show (10pm, FX, season premiere)
Ryan Murphy is back with another installment of his horror anthology series, and he’s brought anthology constants including Jessica Lange, Sarah Paulson, Evan Peters, and Frances Conroy with him, along with Michael Chiklis. From what I know about American Horror Story, somebody will probably stick a cigarette in their vagina, and there will be aliens. Because you can’t say “Ryan Murphy” without adding “Oh, Jesus fucking Christ” before or after.

Thursday, October 9
Regular Show (7:30pm, Cartoon Network, season premiere)
Cartoon Network has got some shine on deck with Steven Universe, the venerable Adventure Time, Clarence, and Regular Show. Regular Show is a cartoon about a slacker blue jay and raccoon who work at a park, whose misadventures inevitably go off the absolute deep end, and I am so glad it is coming back.

Friday, October 10
Cristela (8:30pm, ABC, series premiere)
Having a sitcom focus on a recent Latina law school graduate trying to get by as an unpaid intern at a law firm feels like the perfect counterpoint to Tim ALlen’s Last (white) Man Standing. It’s the sitcom programming equivalent to Rush Hour (which, speaking of, Rush Hour will be adapted into a television show for CBS, helmed by Scrubs creator Bill Lawrence).

Saturday, October 11
Auction Hunters (9pm, Spike, season premiere)
What is more manly than hunting for auctions? Not much, chico. At least that’s what Spike wants us to believe.

Sunday, October 12
The Walking Dead (9pm, AMC, season premiere)
I come into every season of The Walking Dead thinking this will be the season that the show puts it all together and fulfills its promise of a post-apocalyptic zombie drama filled with engaging character moments. And perhaps when that happens I won’t experience the cognitive dissonance I do when I am confronted with how much of a ratings/critical juggernaut the show is for AMC. Much like the Oakland Raiders, it largely disappoints every year (I will say that show is capable of brilliance once or twice a season). Four seasons is a while to be kept waiting, and yet I still keep that small ember of hope alive.

The Affair (10pm, Showtime, series premiere)
Dominic West, Joshua Jackson, Maura Tierney, and Ruth Wilson are pretty people who get involved in extramarital affairs in the Hamptons. But wait, there’s more! The show will employ a Rashomon-like multiple POV narrative device flashback device, as there may be more afoot than what meets the eye (or British people doing American accents meet the ears).

Comic Book Men (11:59pm, AMC, season premiere)
Comic Book Men is a reminder that we need to flush nerds’ heads into toilets every once in a while.