Weekend Watch: This Is Where I Leave You, The Maze Runner, The Disappearance Of Eleanor Rigby, A Walk Among The Tombstones, Tusk, The Zero Theorem

A Walk Among The Tombstones The Disappearance Of Eleanor Rigby The Maze Runner The Zero Theorem This Is Where I Leave You Tusk by Rain Jokinen | September 19, 2014 7:52 am | in Culture | 0

This Is Where I Leave You – Everywhere

I don’t think there’s anyone in this comedy’s huge cast that I DON’T like, and that has me worried. How can the movie possibly live up to the huge potential presented in its casting? It’s not the first time a story like this has been told, (dysfunctional family reunion), so it’s already fighting an uphill battle plot wise. Can Jason Bateman, Tina Fey, Adam Driver, Corey Stoll, Dax Shepard, Connie Britton, Timothy Olyphant, Rose Byrne, and Jane Fonda’s breasts make up for a possibly cliched and familiar tale? 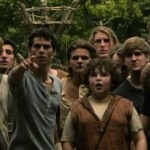 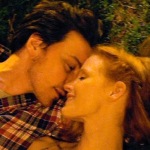 The Disappearance of Eleanor Rigby: Them – Everywhere

So, this is an odd one. The Disappearance of Eleanor Rigby is a movie that exists in three forms. This version, which is subtitled Them, tells the story of a marriage, from the points of view of both parties. But there are two other versions, subtitled Him and Her, which, as you might guess, tell the same story but from the respective viewpoints of the husband and the wife. Those two films will have a very limited release in October, while this version is getting a wider release first. Why? That’s a question only Harvey Weinstein can answer. I have no idea if one should see this INSTEAD of the other two, or if the other two movies are superior. But, whatever the case may be, you’re gonna have to like Jessica Chastain and James McAvoy a hell of a lot to actually sit through all three. 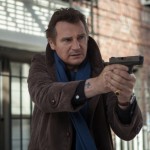 A Walk Among the Tombstones – Everywhere

Liam Neeson has a very particular set of skills: being able to pick the same kind of movie to star in, over and over again. This time he’s an ex-cop working outside the law to find the men who kidnapped and murdered a drug trafficker’s wife.

Kevin Smith is behind this “horror dramedy” that might be better titled The Human Walrus. Kevin Smith’s large fan base will probably flock to it, but this is definitely not the movie that will convert those who aren’t currently in that camp. Justin Long and his mustache star.

I can remember the days when the release of a new Terry Gilliam movie would be met with rave reviews and sold out theaters. That was a long time ago. Now his latest is getting a premiere at a small art house theater, and the reviews are tepid. He’s treading familiar ground here, and indeed calls this film the final in a trilogy that started with Brazil and continued with 12 Monkeys. Christoph Waltz stars as a computer programmer working on a theory to prove that life has meaning. There’s no doubt the film will look great; even his terrible films do.