Weekend Watch: The Identical, The Last Of Robin Hood, Innocence, Forest Gump, No No: A Dockumentary

Forest Gump Innocence No No: A Dockumentary The Identical The Last Of Robin Hood by Rain Jokinen | September 5, 2014 6:06 am | in Culture | 0

Doubles are all the rage! This year we’ve had Enemy, starring two Jake Gyllenhaals, The Double with two Jesse Eisenbergs, and now The Identical, starring two Blake Raynes. (Don’t worry; never heard of him either.) The story basically ponders what it would have been like if Elvis’s twin brother had lived AND been separated at birth AND been raised by a preacher AND grew up to be an Elvis impersonator.

Yes, this is a real movie. With Ray Liotta! Playing southern! 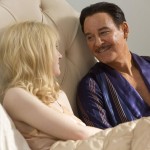 The Last of Robin Hood – Landmark

From fake biopic to real biopic. Kevin Kline stars as aging Errol Flynn, which is appropriate, since it feels like he’s been channeling him most of his career, and Dakota Fanning is Beverly Aadland, a (possibly) fifteen-year-old actress whom Flynn had an affair with, all under the eye of her backstage mama (played by Susan Sarandon). Old men having sex with very young girls. That’s entertainment! 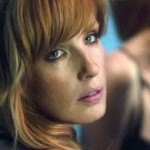 Another week, another movie based on a young adult novel! I can neither confirm nor deny the presence of vampires, but one thing’s for sure, the women who run that creepy all girls prep school sure do look good for their age. 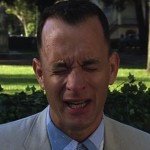 No No: A Documentary – Roxie

San Francisco Giant’s pitcher Tim Lincecum is nicknamed The Freak, is (allegedly) a bit of a pot head and has thrown two no-hitters. But unless he threw either of those no-hitters while on acid, he’s got nothing on former Pittsburgh Pirates pitcher Dock Ellis, who did just that against the Padres in 1970. And that’s not even the most interesting thing about the guy! This cool documentary also features a funky soundtrack by Beastie Boy Adam Horowitz.