Weekend Watch: The Boxtrolls, The Equalizer, Hector And His Search For Happiness, Jimi: All Is By My Side

Animated movie based on the children’s book Here Be Monsters! about a human boy who is raised by underground trolls and must help save the trolls from evil exterminators. The stop-motion film was co-directed by Anthony Stacci and Graham Annable, and if you haven’t watched any of the “Grickle” shorts created by Annable, you’re missing out. Go watch some now. NOW. And then go see Boxtrolls, because if it’s even half as funny as those shorts, it’s worth seeing. 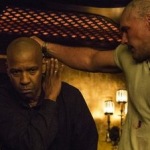 I know I’ve whined about this before, but how come Denzel Washington is never in anything resembling a romantic drama or comedy anymore? Is he no longer offered those types of roles (and if so, WTF?), or does he eschew them because he wants to stick to drama? And if that’s the case, how come he keeps picking crappy thrillers? The most interesting role he’s had since 2001’s Training Day was Flight two years ago. He needs to break away from these tough guy roles and get soft.

As for this one: remember the old 80’s show “The Equalizer”? There’s your plot. 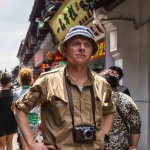 Hector and the Search for Happiness – Everywhere

Nerd Fave Simon Pegg stars with Gone Girl Rosamund Pike in this feel-good (read: sappy) comedy about a psychiatrist’s worldwide quest for true happiness. Because of course dropping out of society and learning from “simpler” cultures is the best way to find happiness. Especially if you’re rich enough to do it.

Jimi: All Is by My Side – Metreon

OutKast’s André Benjamin stars as Jimi Hendrix in this biopic that focuses on one year in the then up-and-coming rock legend’s life, 1966-1967, when he lived in London. If you’re going in expecting to hear André 3000’s version of Jimi Hendrix songs, save your money: none of the songs Hendrix wrote will be heard in the movie, as the rights weren’t released by his estate.