As much as I love Idris Elba–and believe me: I DO–I’m not sure how much entertainment I can get out of a movie in which he’s terrorizing a mother who’s home alone with her young daughter. I can’t turn on the TV without seeing a constant replay of Ray Rice punching his fiance in the face, and evidence of misogyny makes a daily appearance in my social media feeds. So, is this really the kind of movie we should be watching right now? Even if the damsel in distress ends up kicking the shit out of the guy? That’s not a spoiler, merely a pretty safe guess as to the film’s ultimate outcome. (And guessing is all critics will be able to do since the studio cancelled all advance screenings of the movie.)

So, anyway, when’s that Luther movie gonna come out? 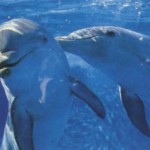 Patricia Clarkson stars as the matriarch of a wealthy San Francisco family that gathers at their Lake Tahoe house for an end-of-summer weekend. While she contemplates selling the gorgeous lakeside house off, she must deal with her highly dysfunctional children, their significant others, and her husband. The movie is proof that Patricia Clarkson is a terrific actress if only because she manages to bring to life a character that is almost impossible to like, and yet makes you root for and even sympathize with her. 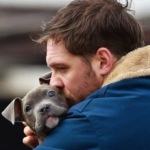 Tom Hardy, Noomi Rapace, and the late, great James Gandolfini star in this gritty drama based on a gritty novel by gritty writer Dennis Lehane (who also wrote the screenplay). Brooklyn bars, organized crime “money drops,” a robbery gone wrong, and a puppy–oh god what happens to the puppy?!–all factor into the grittiness.

The Skeleton Twins – Kabuki and Century

“Saturday Night Live” alums Kirsten Wiig and Bill Hader star as brother and sister–twins, in fact–who haven’t spoken in ten years, but reconnect after coincidental brushes with death. Even if the film suffers a bit from indie movie syndrome, it’s still fun watching Wiig and Hader play off each other for 90 minutes. (More Bill Hader in movies now please!)