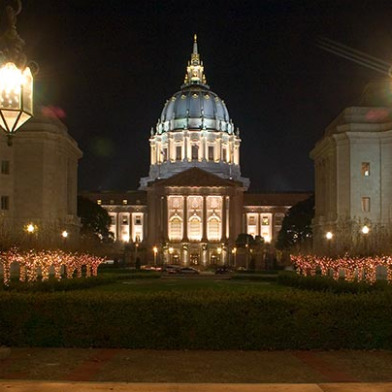 San Francisco may soon save millions of dollars by reducing its fleet of city vehicles and adopting a government car-sharing program under legislation being introduced today.

San Francisco Supervisor Mark Farrell will introduce a proposal at the Board of Supervisors’ meeting this afternoon that would allow the city to reduce its carbon footprint while saving taxpayer money, according to Farrell’s legislative aide Jess Montejano.

The legislation would minimize the city’s fleet of non-essential passenger vehicles and light-duty trucks, which currently consists of 1,454 vehicles, Montejano said.

In San Francisco, the cost-saving benefits of car-sharing have largely been seen by individuals, but in other cities, such as Chicago and Washington D.C., the use of public sector car-sharing has resulted in an increase in efficiency and a decrease in spending for the cities, Montejano said.

He said Chicago implemented car-sharing legislation in 2011 and the benefits are clear, with the city reducing their fleet of non-essential vehicles from 1,000 to 650 and the city accumulating $7 million in savings over 3 years.

He said a large part of the cost savings in San Francisco would initially come from auctioning off infrequently used city vehicles, with the savings going directly into the city’s general fund.

Farrell’s office doesn’t see much potential opposition from the Board of Supervisors or the mayor’s office, but Montejano said this will be a “culture shift” and that the proposal will go against the status quo in terms of the city fleet and could upset some city officials.

Farrell and co-sponsor of the legislation Supervisor John Avalos want to see San Francisco’s fleet of city-owned and leased passenger vehicles and light-duty trucks decrease by 25 percent every three years.

The proposed legislation would require the city administrator’s office to restrict the assignment of underutilized vehicles as well as provide an annual report on its fleet management program along with its annual budget submission to the mayor and Board of Supervisors for review, Farrell said.

“Anytime we can reduce our carbon footprint and potentially realize savings as a city, we should pursue those ideas aggressively,” Farrell said in a statement today.

The legislation being introduced would authorize the city to enter into agreements with vendors. So far, Farrell’s office has said the lead contenders for the service are those who already provide the service for private companies, including Zipcar, CityCarShare and Car2Go.

Farrell’s legislation also mandates that vehicles used by city officials are equipped with a data system that tracks vehicle usage and mileage, better accounting for use of taxpayer money.

Farrell said the legislation will “hold city departments to a greater level of scrutiny and accountability.”

If the legislation passes, the city would be mandated to have a real-time reservation and tracking system in place by July 2015.