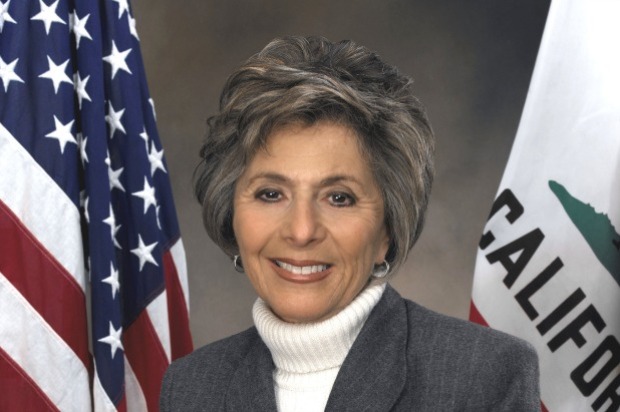 Sen. Barbara Boxer called rumors that she planned to resign “bizarre” during a news conference in San Francisco’s Ferry Building late this morning.

Boxer, 73, said she has no plans to leave a job she loves while serving her fourth term in the U.S. Senate and will decide next year if she will run for re-election in 2016.

Speaking to a crowd of reporters, the senator highlighted multiple regional, state, national and international issues she will address when Congress returns to session on Monday following a five-week recess.

She noted that this is the 54th straight month the country has experienced an increase in private sector jobs, with the unemployment rate at about 6 percent. She is pushing for Congress to increase the federal minimum wage for workers to $10.10 an hour.

She also said her thoughts are with residents of Napa, American Canyon and Vallejo who are suffering from the aftermath of a 6.0-magnitude earthquake that struck the region nearly two weeks ago.

Boxer said she sent her staff members to the area to help assess damage and commended Gov. Jerry Brown’s declaration of a state of emergency for the region. She said she is waiting on President Obama to issue a major disaster declaration in order to provide affected residents with access to federal resources.

She urged Congress to take action on immigration, especially with a unaccompanied children fleeing from Central American countries arriving at the borders in large numbers.

Boxer criticized Republicans blocking a bipartisan bill addressing immigration and their “mean-spirited” campaign” against immigrant children already in this country and undocumented students who entered the country illegally as children.

“It’s sad, it’s ugly and it’s against everything we stand for as a nation,” she said.

Boxer also said she supports Propositions 45 and 46 on the November ballot. Proposition 45 would require the state Insurance Commissioner to approve any changes to health insurance rates. Proposition 46 would increase the $250,000 cap, which hasn’t been raised in nearly 40 years, in medical negligence lawsuits.

The letter comes after a 7-year-old Bay Area boy was accidentally shot in the chest while using a 22-caliber rifle with the help of his father on his family’s property in the El Dorado County community of Georgetown last Saturday.

Boxer called attention to the report released last week by the Centers for Disease Control and Prevention that showed that as of 2013 more than 260,000 children who have never smoked a cigarette have used e-cigarettes.

The report also showed another issue in e-cigarette advertising, which markets to children by using cartoons such as The Smurfs and characters like Santa Claus and offering candy flavors.

Boxer introduced the Protecting Children from Electronic Cigarette Advertising Act in February in an effort to stop such advertisements.

She will also try to pass the Survivor Outreach and Support Campus Act to address sexual assaults on college campuses.

The act would provide federal funding for universities to set up a support system aiding a sexual assault victim with the help of a designated independent campus advocate, she said.

University of California President Janet Napolitano has expressed her support for the bill.

On the international front, Boxer applauded the ceasefire in Ukraine between the Ukrainian government and pro-Russian separatists that went into effect today.

She also praised the Pentagon’s report that al-Shabab leader Ahmed Abdi Godane was killed in a U.S. attack earlier this week. The Somalian Islamic group was behind an attack at a Kenyan mall last year resulting in 67 deaths and over 175 injuries.

Boxer supported President Obama’s plan to build an international coalition in an effort to defeat ISIS, saying she was in favor of continuing airstrikes and supplying weapons to the Kurds.