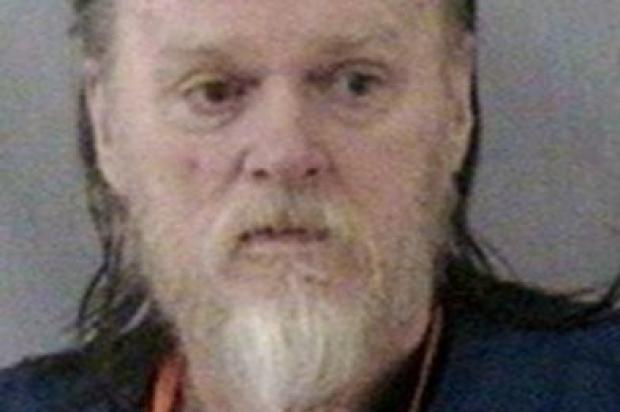 A person of interest in the murders of five women in San Mateo County nearly 40 years ago was identified today by the FBI.

Rodney Halbower, 66, who is serving time in Oregon on an attempted murder charge, was named by the FBI today as a person of interest in the “Gypsy Hill” murders that took the lives of five women and teen girls between January and April in 1976.

In March, investigators announced that they had connected the case to a sixth woman, whose body was found in Reno during the same time period.

The FBI was then seeking a possible witness in the case — a white man who was in his late 20s to early 30s and living in San Mateo County at the time of the murders driving a car with Nevada license plates.

Investigators did not reveal today what they think Halbower’s connection to the murders is.

The first Peninsula victim was 18-year-old Veronica “Ronnie” Cascio, who was last seen Jan. 7, 1976, walking from her home to a bus stop at Bradford Way and Fairway Drive in Pacifica.

Her body was found the next day at the Sharp Park Golf Course.

She had left her home on Heathcliff Drive in Pacifica, reportedly to walk to a 7-Eleven store at King Drive in South San Francisco.

Her body was located months later, on June 6, off Gypsy Hill Road in Pacifica.

Next to disappear was 17-year-old Paula Baxter, who was last seen leaving the parking lot of Capuchino High School in San Bruno on Feb. 4.

Early the next morning, her car, a bronze 1972 Chevy Vega station wagon, was found parked on a nearby residential street, and the day after that Baxter’s body was discovered hidden in brush behind the Latter Day Saints Church on Ludeman Lane.

The next Peninsula victim was Carol Lee Booth, also known as “Beedy,” a 26-year-old woman who was last seen walking from the bus stop on El Camino Real at Arroyo Street in South San Francisco toward her home.

Booth disappeared on March 15, but her body wasn’t recovered until May 4.

She was known to use a common shortcut across an open area between Kaiser Hospital and Mission Road near the former El Camino Real Driving Range, and her body was found hidden in some vegetation in that area.

The fifth Peninsula victim was 19-year-old Denise Lampe, who left Serramonte Mall in Daly City on April 1 and returned to her vehicle, never to be seen alive again.

Her body was found that evening inside her vehicle, a 1964-1/2 Mustang, which was parked in the same location at the mall, between a Macy’s store and the Denny’s restaurant.

Sandwiched between two of the San Mateo County murders was the killing of 19-year-old University of Nevada-Reno student Michelle Mitchell.

Someone assisted her in pushing the vehicle, a yellow early 1970s Volkswagen Bug, into a parking lot across from the university’s agricultural building on Evans Street.

Her body was found later that night in the garage of a nearby home.

Anyone with information about the case is urged to call the FBI’s tip line at (415) 553-7400, then press 0 and advise that the call is in regards to the Gypsy Hill cases. All calls are confidential.