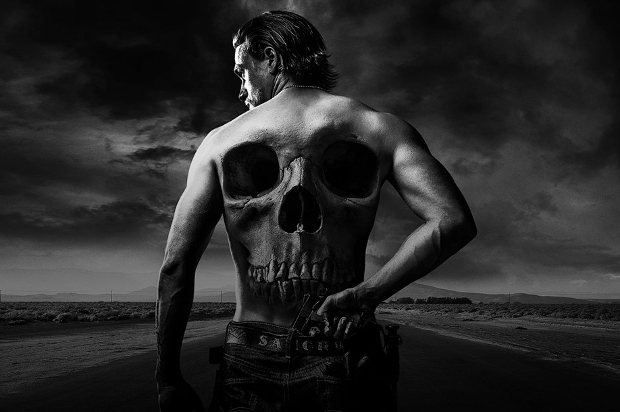 Monday, September 8
Monday Night Football (4pm, ABC, season premiere)
ARE YOU READY FOR SOME FOOTBALL? Non-sports people, gird your social media loins for onslaughts of tweets and status updates from people you like in any other context going on about some ball being moved across some field. Prepare to reactively find yourself hating them and their sports proclivities. The New York Giants take on the Detroit Lions in the first ABC Monday Night Football broadcast of the season.

If you can DVR past (or mute) announce team Matt Iseman and Akbar Gbaja-Biamila’s incessant bless-their-hearts determination to add an air of actual SPORTS to the proceedings and the show’s overly produced packages with over engineered narrative, you actually have a pretty great summer show! It requires almost no brain power to consume, and has just enough stakes to make the show engaging (something about the tension about seeing people with not enough grip and forearm strength fail and fall into water – it worked for ABC’s Wipeout). This year featured the ascendance of Kacy Catanzaro (setting human interest content farms’ hearts aflutter) as the first woman to qualify and compete in the Las Vegas National Finals, sadly eliminated from the competition in stage one last week.

Tuesday, September 9
Sons of Anarchy (10pm, FX, season premiere)
After six years, the long strange ride of angry nose flairs and casual use of ‘brother’ (in a non-Hulk Hogan context, brother), comes to an end, and even more bodies will inevitably hit the floor as it fulfills its “Hamlet on Harleys” destiny laid out in the pilot.

Honestly, all you really need is the back-half of season one and two, as the rest of the series skids off the rails into a pulp quagmire of convoluted backstabbing, questionable invocation of RICO, and deals made for immunity (that end up in a pulp quagmire of convoluted backstabbing). I will, however, miss the casual mention of needing to go into Oakland every couple of times a season (hell, the pilot even mentioned going to San Leandro).

The last ride (which just reminds me of Undertaker’s powerbomb, frankly) features 90’s nostalgia boat-trip cameos from Marilyn Manson and Courtney Love (no word on the bumble-bee girl from the Blind Melon “No Rain” video), and network-mate Walton Goggins returns as transsexual prostitute Venus Van Dam. Not to mention Glee’s Lea Michele guest turn and The Bridge’s Annabeth Gish joining the cast. Hopefully, once the series ends, Kurt Sutter can finally focus on bringing us the talked-about Sons of Anarchy prequel miniseries, focusing on the first nine members forming the titular motorcycle club after returning from the Vietnam War. This is after his follow-up series, The Bastard Executioner (Kurt Sutter and his naming things) in 2015.

Wednesday, September 10
The Ultimate Fighter (10pm, Fox Sports 1, season premiere)
Barring the atrocious marketing campaign (easy on the eyes, hard on the face), this is the first season of The Ultimate Fighter to have actual stakes (Winning a UFC contract via The Ultimate Fighter is a shit deal and doesn’t mean much) in years. This will be the first all-women’s cast of the reality show (last year featured women competing for the first time) featuring strawweight (115 pound) fighters, with the winner being crowned the inaugural UFC women’s straweight champion. With local hero Gilbert Melendez coaching opposite against current 155 pound kingpin Anthony Pettis (the first MMA fighter to make it on a box of Wheaties) this would have been a wonderful end to The Ultimate Fighter, if only FOX didn’t have the UFC in a guillotine choke for content.

Thursday, September 11
The Biggest Loser (8pm, NBC, season premiere)
This season featuring former athletes who let themselves go (including former Olympians and pro football players) feels like the joke of the washed-up high school football star gaining a bunch of weight and selling insurance in reality show form. “Glory Days,” season sixteen of the weight loss competition reality show is called, to boot. It only seems to amplify The Biggest Loser’s perverse obesity expo with product placement fever masquerading as inspiration in lieu of actually doing something. This will all tide us over until the new year’s resolution season, where we actually promise to make a change this time, we swear.

Friday, September 12
Z Nation (10pm, SyFy, series premiere)
LOST’s Harold Perrineau and DJ Qualls (Road Trip, Legit) star in what looks like SyFy’s camp-as-one-of-its-Saturday-night-movies answer to The Walking Dead. While it probably won’t be Sharknado: The Series (With Zombies) or Zombieland the series (an awful, awful, endeavor that never made it past Amazon’s pilot season) it looks like it could be a refreshing rebuttal from the sadness parade that is the The Walking Dead. If you are home on a 10pm on a Friday night, it’s not like you are really going to find anything better (than a Diners, Drive-Ins, and Dives marathon on Food Network, honestly).

Saturday, September 13
Reckless (8pm, CBS, season finale)
I’m not sure if having the season finale to this freshman legal drama on a Saturday night bodes well for its future on CBS, but here we are.

Sunday, September 14
The Roosevelts: An Intimate History (8pm, PBS, series premiere)
Aw, Ken Burns you crazy for this one! Theodore, Franklin and Eleanor Roosevelt get the Kenny B (If only Ken Burns were related to Latin freestyle sensation Stevie B) treatment, in all its seven-part, fourteen hour long glory, spanning all the way from Theodore’s birth in 1858 to Eleanor’s death in 1962.

Miss America 2015 (9pm, ABC)
Could someone please do a 7-up type documentary series that follows Toddlers-and-Tiaras type girls growing up in the pageant scene before following them to a Miss America type pageant situation? You wouldn’t even have to make that many follow-ups, honestly, since the girls would probably just be out of relevance by 22, anyway. Should we rename the pageant “Miss America Whose Answer Made America Eyeroll/Snark on Social Media the Least?” You be the judge, America.