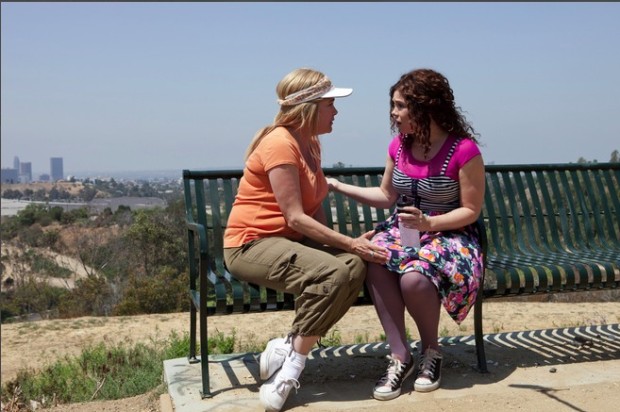 Tuesday, September 2
19 Kids and Counting (9pm, TLC, fall season premiere)
Do streaming services just classify this show separately from 17 Kids and Counting, and 18 Kids and Counting, as the show was once known? Akin to how Starz’ Spartacus: Gods of the Arena was more of a spin-off/miniseries/prequel to the show, instead of a full-fledged continuation of the series? Or is each additional kid comparable to how Spartacus named each season? (Blood and Sand, Vengeance, War of the Damned)

People who have a bunch of kids share the same kind of hubris that people who want to live forever share, and both make for decent enough television fodder.

Drunk History (10:30pm, Comedy Central, season finale)
There is something incredibly humanist about watching comedians and actors get shitfaced drunk and recall historical events in their stupor. Derek Waters, I salute you for bringing alcohol-soaked humanities to television.

Wednesday, September 3
The League (10pm, FXX, season premiere)
The season premiere of the awful people (along with cameos from NFL players) in a fantasy football league doing awful things each other sitcom comes on the heels of the post-Every Simpsons Ever marathon FXX ran. The League will help provide distraction (until midseason) that FXX is essentially just the Simpsons Channel now. (Not unlike how FOX, in the Simpsons universe, was turned into a hardcore sex channel so gradually that Marge didn’t even notice.)

Friday, September 5
Stand-Up to Cancer (8pm, ABC, CBS, FOX, NBC)
You see kids, telethons are like Kickstarters but on your TVs and instead of funding things like coolers or potato salads or stupid peoples’ movie ideas, they were for things like Muscular Dystrophy. Now, you may have the ALS ice bucket challenge, but it’s time for The Big C to show ALS something about drawing power, and I’m not talking about the Laura Linney show on Showtime. On Friday a star-studded cavalcade of celebrity power (Gwyneth Paltrow, Reese Witherspoon, Pierce Brosnan, Jennifer Aniston, Halle Berry, Jon Hamm, Kiefer Sutherland, Ben Stiller, Will Ferrell, Mark Harmon, Rob Lowe, Eric Stonestreet, Danny McBride, Kareem Abdul-Jabbar, etc) are gonna prove that cancer still draws! (Through the power of being simucast on the big four networks)

Saturday, September 6
The Brittany Murphy Story (8pm, Lifetime)
Along with the unauthorized Saved by the Bell story, Lifetime is double featuring in the exploitative celebrity biofilm department with the unfortunate and untimely death of Brittany Murphy. The Brittany Murphy Story will being framed as a mystery (not unlike, let’s say, The Black Dahlia), in the same sense that that X-Men First Class was also a spy movie set during the Cold War. Because history is written not by the victor, but the sleazy channel producing a low-rent biopic about it. I just hope not sporadically.

The Chair (11pm, Starz, series premiere)
The Chair is brought to us by Chris Moore, one of the executive producers of HBO’s Project Greenlight, along with Matt Damon and Ben Affleck. Do you remember HBO’s Project Greenlight (if not, well, it’s back)? It was a contest/reality show in order to look for a first-time filmmaker the chance to make a feature film in order to break into mainstream consciousness, much like Damon and Affleck’s experienced with Good Will Hunting. And how well did it work out? Well, upon research for this bit, I found out that Pete Jones, the season one winner has a writing and story by credit for 2011’s Hall Pass, directed by the Farrelly brothers and starring Owen Wilson and Jason Sudeikis. So there.

Now that most palookas with a Macbook and an iPhone can make a movie and upload it to Youtube, the proverbial barnyard doors have been open for sometime now. Instead of a straight contest, The Chair gives two directors the same source material to work from, giving us a glimpse at the creative process. And anyway, Zachary Quinto will be in it giving advice as well.

Sunday, September 7
Utopia (8pm, FOX, series premiere)
This adaptation of the Dutch series of the same name features Fifteen people locked away for a year as they play a cross between the Civilization game series and Big Brother, with the useless people being voted out and new blood being brought in. Honestly, this is a missed opportunity for FOX, as they could have just retooled this as a limited series adaptation of Pauly Shore’s Biodome. (released in 1996, along with Fargo, also released in 1996, was re-imagined to much critical acclaim [and an Emmy] this year)

Boardwalk Empire (9pm, HBO, season premiere)
The boozy crime saga begins its final season with a time jump into 1931, past the roaring twenties and into the Great Depression, a sign that the party’s gotta end sometime.

Total Divas (9pm, E!, season premiere)
One of the best decisions I made this year was getting back into professional wrestling (2014 has been a weird year, let’s face it). And after watching the WWE Network’s series on the Monday Night Wars between WWE (then -F’s) Monday Night Raw and Ted Turner’s backed WCW Monday Nitro, and during vaunted late 90’s Attitude era of the WWE, it was really just reflecting what society’s taste was back then, which was T&A and Jerry Springer pratfalls. Something like Total Divas on E! just reflects the brand trying to stay with the times, and that helped put the show into perspective for me.