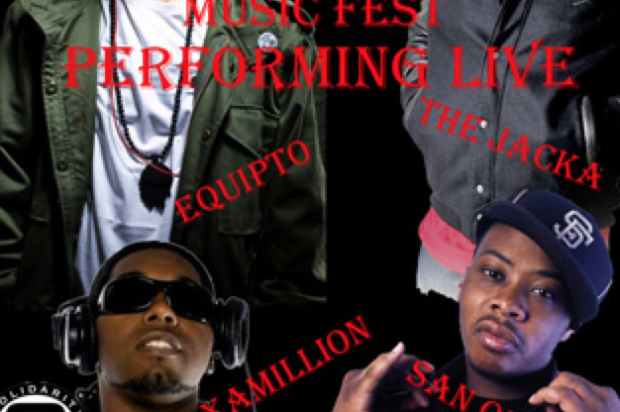 Hyphy’s not dead and neither is the Bay Area rap scene. To prove it, 415Hyphy and Insain415 is celebrating all that is awesome in local hip-hop with the first-ever Shock the Party Music Festival this Saturday at Slim’s. Named after headliner San Quinn’s mid-90s classic, the fest is anchored by hosts Chuy Gomez and Fillmore Mike.

The Jacka and Traxamillion are set to play, both of whom just collaborated on Big Von’s “Windows”. Traxamillion, who produced the uber-catchy single, is the type of sleeper producer whose work has touched as many local acts as it’s influenced the national stage. Given Trax’s long reach, you’d be wise to be on the lookout for some very special guests hitting the stage. Add to that a performance by Equipto, whose Red XX album dropped this week, and you’ve got a solid inaugural festival on your hands.