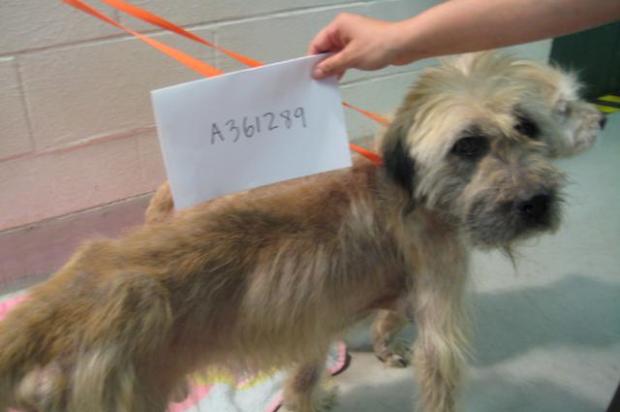 The two Chihuahuas and six Tibetan and Wheaton terrier mixes had been left in the home after the residents were evicted, according to Capt. Denise BonGiovanni.

The dogs had not received proper care for a long period of time and suffered from malnutrition, hair loss, overgrown nails, parasites and skin conditions, according to the Department of Animal Care & Control.

One dog was transferred to an emergency veterinary hospital for overnight care, the department said.

“We were alerted by a real estate agent,” BonGiovanni said.

The department knows the identity of the home’s former occupants but hasn’t yet been in contact with them, BonGiovanni said.

The dogs’ former guardians could face criminal charges for abandonment and neglect, according to the department.

The dogs will likely become available for adoption after they convalesce.

Residents who suspect animal abuse or neglect can report it to the Animal Care & Control’s emergency line at (415) 554-9400.

“The community members are our eyes and ears,” BonGiovanni said in a statement. “I urge anyone who suspects that an animal is being neglected or abused to contact our agency so that we may investigate.”