Redefining the term “expendable”! Basically, every famous tough guy who’s still able to walk, (and even one who maybe can’t–how’s the leg Harrison?) is in this. Except for Bruce Willis, who’s apparently a huge asshole and demanded a WHOLE LOT of money to return. Who knew! He seems so affable during his late night talk show appearances! 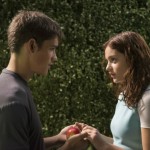 While the concept of this latest futuristic “Utopian? Nope, dystopian!” teen tale sounds a lot like the Divergent series–teens are assigned societal “roles” in a yearly ceremony–the novel The Giver actually came out way before Divergent. Back in 1993, in fact. Does that mean it’s better? Not necessarily. But this movie adaptation does feature Meryl Streep, Jeff Bridges, and Alexander Skarsgård, so…. 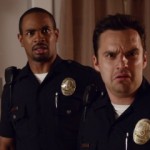 Or, “How some of the ‘New Girl’ cast spent their summer vacation.” Also, not exactly the best week to release a movie about how awesome it is to be a cop, is it? 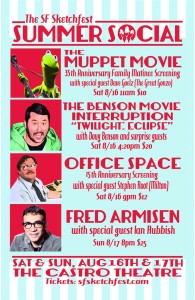 Sketchfest is taking over the Castro this weekend, with a bunch of fun stuff. At 11am Saturday, see the original The Muppet Movie with special guest Dave Goelz, the voice of Gonzo the Great. And yes, Gonzo will be making an appearance too!

Doug Benson presents his Movie Interruption of Twilight: Eclipse at 4:20pm (natch). Special surprise guests are expected. As is a lot of weed smoking.

At 9PM, it’s a 15th anniversary screening of Office Space, and Stephen Root–Milton himself!–will be there. (FYI, he was told he can play his radio at a reasonable volume from 9 to 11, so lay off him, OK?)

Fred Armisen will perform stand-up on Sunday starting at 8PM along with “special guest” Ian Rubbish. Alas, it’s sold out. However, there are two great movies playing earlier in the day: the San Francisco set The Lineup at noon, and The Good, the Bad, and the Ugly at 1:40PM. Maybe take in that double bill and hide under a seat until 8pm?