Weekend Watch: Teenage Mutant Ninja Turtles, Step Up: All In, Into The Storm, The Hundred Foot Journey, Alive Inside, What If

Alive Inside Into The Storm Step Up: All In Teenage Mutant Ninja Turtles The Hundred Foot Journey What If by Rain Jokinen | August 8, 2014 8:52 am | in Culture | 0

I went to see the first live action TMNT movie in a theater back in 1990 because a high school classmate had a bit role in it as “Head Thug,” and there was no way my best friend and I were going to let a viewing of that pass us by.

Alas, there’s no Sam Rockwell to be found in this latest TMNT, (how dare they attempt a reboot without Head Thug?!), but it IS from producer Michael Bay, so…

Yeah, no, this is gonna be terrible. Avoid. 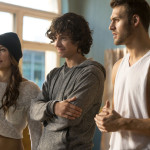 Step Up: All In – Everywhere 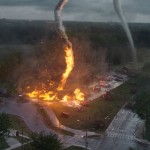 Into the Storm – Everywhere

Remember Twister, starring Helen Hunt and Bill Paxton as storm chasers who are able to avoid getting sucked into a cyclone by sheer forearm power? This is kind of like that, but with better special effects, and, hopefully, less people clinging to things with superhuman strength. Still not as awesome as tornadoes filled with sharks though! Syfy: 2, Hollywood: 0. 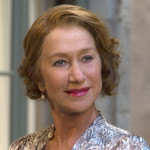 It’s French food versus Indian food in this light comedy starring Helen Mirren as the proprietor of a Michelin starred restaurant in the South of France who’s furieux when an Indian family opens a restaurant across the street. It ends in tears, bloodshed, and death. (Of course it doesn’t, it ends with everyone loving everything, roll credits!) 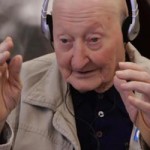 Documentary follows social worker Dan Cohen as he helps Alzheimer’s and dementia patients fight memory loss through the use and love of music. Director Michael Rossato-Bennett and Dan Cohen will conduct a Q&A following the 7:10PM showing tonight, and Rossato-Bennett will also be there after the 7:10PM show on Saturday. Bring a working iPod or MP3 player to the theater for donation to the Music & Memory Project, featured in the film!

When Wallace Met Chantry, basically. Daniel Radcliffe and Zoe Kazan star as a guy and gal who insist they can just be friends, but we all saw When Harry Met Sally, so we know how that scenario ends. And if you aren’t clear on how that scenario ends, just watch the above trailer, as I’m pretty sure it gives away the entire movie. A Canadian/Irish production, it was originally released as The F Word in Canada.