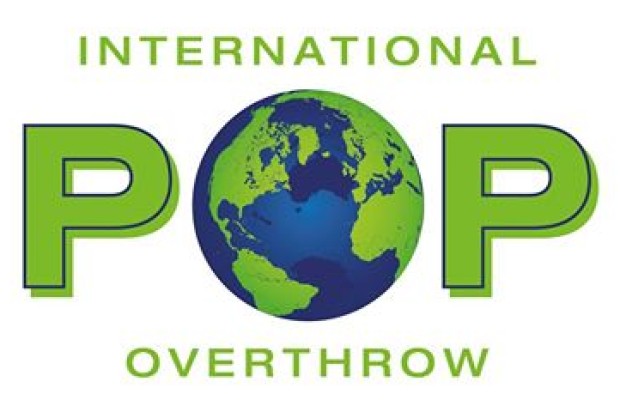 It can be difficult to properly rage against the machine, especially when you’re going it alone. The power pop genre can be a very isolating landscape, as many bands are constantly re-evaluating their particular sounds as it relates to a style that is sometimes deemed just too earnest.

Enter David Bash’s International Pop Overthrow Festival, a yearly spectacular that celebrates the power chords, the lovelorn lyrics, and the punchy harmonies that make power pop a force to be reckoned with. Now entering its ninth year in San Francisco, the IPO got its start in Los Angeles nearly two decades ago when Bash was just entering the field of music journalism after years spent as a psychology professor.

“That was kind of the impetus for this,” Bash tells the Appeal. “I got my degree in journalism from NYU and started writing in the mid-90s when there were all these fan zines springing up. I was reviewing CDs and really got to know a lot of bands. The scene was really good in 1997. There was still hope that [Los Angeles] would become the new Seattle, especially the Silver Lake scene with Beck and the Dust Brothers. There wasn’t really a dearth but I was really focused on bringing bands outside of LA and having the festival be half local and half not.”

Through meshing the two scenes, Bash was able to create an effective festival that pushed artists towards deepening their sounds. Though the focus of the IPO is far less stringent in regards to just how many non-native bands play versus how many local acts are showcased, the festival’s unifying aspects have given way to constant band collaborations. Bash has seen bands swap gigs and stay in contact long after the festivities are over.

An additional differing aspect to the festival’s selection process has been Bash’s girlfriend Rina, whom he met at an IPO show. Her discerning ear has given way to slightly more rockish lineups as well as the unearthing of bands Bash may have overlooked. There are, of course, IPO stalwarts including the formidable Dave Rave of the band Teenage Head, who has played over fifty IPOs all over the world, including the lucrative Liverpool incarnate held at the iconic Cavern Club.

“His streak broke last year, actually,” Bash says of Rave. “He’s being going to shows for over thirty years and is just a great entertainer.”

Catch Rave and over two dozen other acts this Thursday through Sunday at the Hotel Utah. Check out the International Pop Overthrow Festival’s facebook page here.