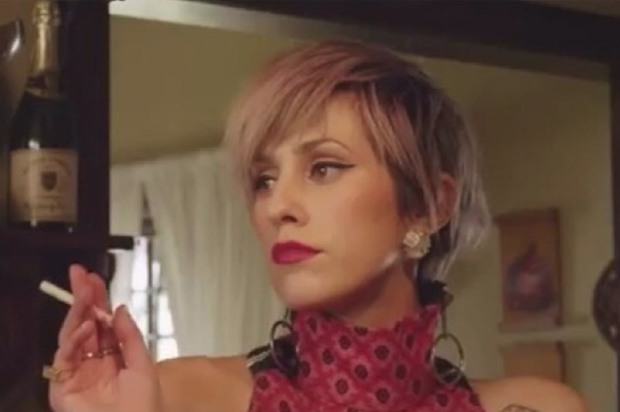 It’s not easy moving away from the Bay Area, especially when its melding pot of musical influences not only helped launch a music career but opened doors to endless collaborations with the likes of the Cataracs and Far East Movement. Native daughter and now LA-based, Dev got her big break guesting on the two’s mega-hit “Like a G6”. Since then, it’s been a turbulent ride to the top.

“The last two years have been really intense; really gnarly,” Dev tells the Appeal. “I’m finally building things the way I want. I had a daughter and she spent a lot of time in the hospital. She’s fine now but at the time… I was 23, 24 and just scared.”

Her latest effort, the uber-catchy “Kiss It” felt like an awakening. Following a difficult professional and personal period, the eponymous single harkens back to Dev’s discovery on Myspace. She got her start with a diss track, “Blonde Trick”, though the song is only similar in its attitude to “Kiss It.” Much has changed musically for the singer, who took her latest opportunity in the studio to embrace the analog on her forthcoming Bittersweet July EP.

“I’m getting out of my comfort zone and growing in the process. People expect me to have that certain sound,” Dev explains, “and it’s important as a woman and as an artist to push myself like that. I had a blast going out and working the skeletons. We used five instruments. I’m really weird in the studio and everything depends on how I feel that day.”

Dev’s mercurial taste extends towards her fashion sense as well. Her Bay Area contemporaries helped influence an aesthetic that is as much throwback glam as it is urban utilitarian. That sense of style came in handy when partnering with CK1 on her hot pink lipstick color, aptly christened “Kiss It”.

Day-to-day, when Dev’s not touring, she’s with her toddler, Emilia, who she says is just as sassy as her mother. “She’ll tell me what’s up,” Dev says with a laugh. “The only song she likes is still ‘In the Dark’ but her favorite from the new album is ‘Baby, We Go.’ It’s funny seeing what she gravitates towards. She’ll sing along and dance to what she likes.”

She’s looking forward to coming back to her roots, especially at the Mezzanine, where she’s set to play tomorrow. “I did a show there with Robyn a few years ago and Kelis, who had the craziest beaded headdress,” Dev recalls. “I remember feeling fortunate because I’d done a little touring before then but I’d really learned a lot in that show.”

Catch Dev at the Mezzanine this Friday. Purchase tickets here.