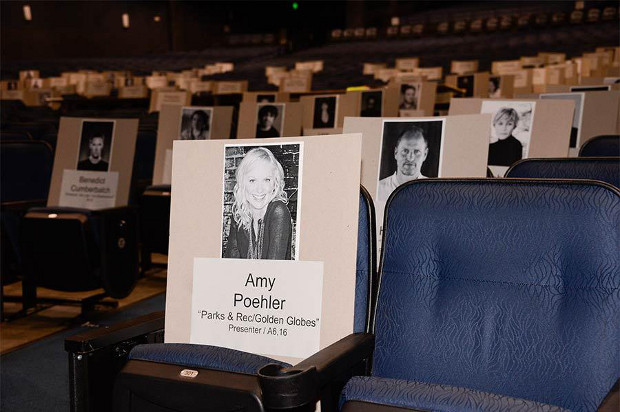 As yesterday’s earthquake shows, the awfulness of August is starting to resemble the preamble montage of a dystopian YA novel movie adaptation. In the meantime, though, the TV machine rambles on.

Monday. August 25
The 66th Primetime Emmy Awards (5pm, NBC)
For the first time since 1976, the Primetime Emmy Awards will be held on a Monday, largely so as not to conflict with Sunday Night Football’s preseason schedule, and as not to conflict with last night’s MTV’s Video Music Awards. But hey, TV nerds, as far as you’re probably concerned, any real meaning behind the nominations is totally moot, so let’s just gather around the digital campfire of Twitter to all snark together, bemoan the lack of nominations for FX’s The Americans (slake your thirst for snubs with the full list of nominations here), and maybe, just maybe get to hear the orchestra pit play a version of the disjointed Homeland opening theme song. Seth Meyers hosts this year’s extravaganza, but most importantly, Retta from Parks and Recreation is the official Emmys livetweeter (what an awful word, but only because I refuse to call it ‘Live Twitter Correspondent’ for NBC.) Holy. Shit. Yes.

Wednesday, August 27
The Divide (9pm, WE, season finale)
Being the distinction of being WE’s first scripted series (WE is home to Braxton’s Family Values and reruns of Will and Grace), The Divide is a legal drama about ambiguity (see: moral) and the quest for justice.

Thursday, August 28
Defiance (8pm, SyFy, season finale)
Defiance premiered last year and appeared to be part of a vanguard in Syfy’s recommitment to putting the sci-fi by in SyFy, with a post alien invasion Earth show with a western twinge (along with languages developed by the same guy who did the languages for Game of Thrones, because exotic languages are now a value proposition). Along with its tie-in video game (which much like other video game tie-in properties was supposed to be some ground breaking trans-narrative-media-experience-tentpole something or other, but just floundered).

Friday, August 29
BoJack Horseman (Netflix)
BoJack Horseman is the story about a washed-up sitcom star from the 90’s, who just happens to be an anthropomorphic horse, who inhabits a Hollywood where anthropomorphic animals and humans coexist. Alison Brie, Aaron Paul, Will Arnett, Amy Sedaris, Paul F. Tompkins lend their voices to this dark comedy and show-business satire.

Saturday, August 30
Unforgettable (8pm, CBS)
Saturday night television can feel like digging through the discount bin at Walgreens. Unforgettable is a CBS procedural about a detective with an unforgettable (get it, right right) memory that helps her solve cases. This was originally canceled, but brought back for a third season this year.

Sunday, August 31
MDA Show of Strength Telethon (9pm, ABC)
Hey terminal diseases, you’re gonna have to go viral. As the ALS ice bucket showed us, what you need is something that is easy to do, is visual, and has celebrity appeal. So, multiple sclerosis, maybe habanero eating to raise awareness? Anyway, first the miniseries (or limited series or whatever) came back, and now the telethon is coming back! Everything old is new again!

Falling Skies (9pm, TNT, season finale)
Falling Skies is a bit of an odd duck. A kind of Walking Dead, but with aliens (and ER’s Noah Wyle, who I like), and a slightly more militaristic bent than the survivalism/humans are worse than zombies thing. Only problem is that at least Walking Dead is capable of brilliance at least one episode a season. Not saying that being a popcorn sci-fi action show on Sunday is a bad thing (at least the prestige dissonance of AMC that gets leveled on Walking Dead, Falling Skies does not have), but throughout its four seasons Falling Skies was never really able to modulate its premise into a cohesive whole.

Battlestar Galactica Executive Producer David Eick recently took over the showrunning reins, and used this season to set the show into a finale state (next year will be the last season) by dragging us through the dour (and transhumanist) mud. No doubt learned from the Walking Dead’s nihilistic streak last season.