Weekend Watch: Lucy, Hercules, And So It Goes, Magic In the Moonlight

I’m back from vacation, a vacation that prevented me from recommending, with the highest praise, Richard Linklater’s Boyhood. So, I’ll start this by saying, that’s the movie you should go see above anything else. And once that’s done, (what are you waiting for?!), you can consider the following alternatives.

Luc Besson has a thing for kick-ass women, as is evidenced in such previous films as Le Femme Nikita, Leon, and The Fifth Element. He also has a thing for his leading ladies, but I sure hope Scarlett Johansson escaped that fate, (if not, she’s got some ‘splaining to do). She’s definitely joining Besson’s kick-ass crew in this thriller in which she plays an unwitting drug mule who gains superhuman abilities once the drugs she’s carrying start to dissolve in her body. I’m pretty sure cocaine doesn’t give users the ability to utilize 100% of their brains, (more like 2% AMMIRIGHTNOTTHATIWOULDKNOW), but whatever Scarlett’s dosed with does, and it’s bad news for the bad guys.

It’s unlikely Hercules is using 100% of his brain in this one, but that probably doesn’t matter when you’re THE ROCK. Yeah yeah, Greek mythological hero, feats of strength, special effects, whatever. We’re just in it to see the results of Dwayne Johnson’s totally insane workout plan.

And So It Goes – Everywhere 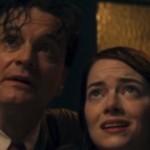 Magic In the Moonlight – The Clay and The Century

Woody Allen is like a shark. He has to constantly make movies, or he dies. It’s up to us to see his latest, about magicians and spiritualists in 1920s south of France, and decide if what we’ve got on our hands is a dead shark. Colin Firth and Emma Stone star.