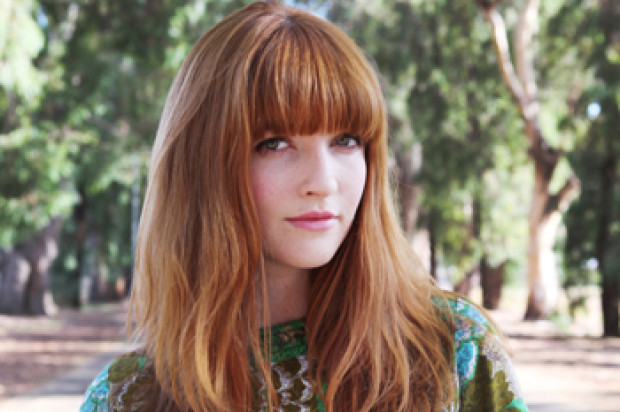 Summer is here and with that comes road trip after road trip to either explore the rest of the country, find some shade in the redwoods, or journey down the coast just because. The pull of the road extends to an internal compass in most, where even in the most seasoned travelers, there’s still a certain urge to head in one direction on the highway as if your north star just happens to hit water. La Sera frontwoman Katy Goodman has always felt that urge and it’s what ultimately drew her away from New York City. “I love the west coast, and I feel like I was meant to be here. I just want to drive west towards the ocean, always,” Goodman tells the Appeal.

At the start of this decade, Goodman had a quirky nickname (Kickball Katy!) and was living across the country as a pivotal member of the quirky Vivian Girls. Though the band called it quits at the start of this year, Goodman’s been on a smooth trajectory with La Sera. 2011’s La Sera brought Goodman’s bedroom pop album to the forefront, its brunt an immediate contender with SFAppeal favorite Best Coast in terms of beachy vibes and lo-fi goodness. Over the span of three albums, La Sera has grown in confidence and cohesions.

“[Hour of the Dawn] is an album about new beginnings. Getting a fresh start. That seems to be a topic that I’m super drawn to. Some of the songs, like ‘Losing to the Dark,’ are glimpses into bad memories,” Goodman explains. “But other songs, like ‘Fall in Place,’ are hopeful songs about the future. ‘Storm’s End’ was written by the entire band together, and the lyrics are actually about Game of Thrones, so that’s kind of random.”

Opener “Losing to the Dark” starts off at a breakneck speed, a whirl of fuzzed out guitar and Goodman’s hyper-confident vocals. For a year of stark changes, Goodman certainly seems to be facing them head-on and with a fantastic industry support system. The iconic indie label Burger Records have been in La Sera’s corner since the start and will be hosting the group at yet another Burger event, Oakland’s Burger Boogaloo. The band previously played Burger’s SoCal incarnate, Burger-a-go-go, along with the aforementioned Best Coast.

Though La Sera’s sound instantly conjures a scene of refracted sunlight against a beachfront pier, Goodman has never been much for a daytime beach trip, instead choosing to view the Pacific in the harsh orange hues of a fast-fading sun. “For me, enjoying the beach means finding some shade and sticking with it till sunset. I love sunset at the beach,” Goodman says.

Those choosing to stick it out at Burger Boogaloo can catch La Sera this Sunday at Mosswood Park in Oakland. Purchase tickets here.