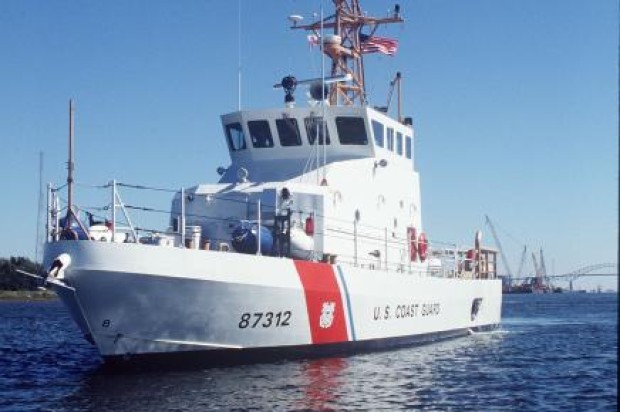 The U.S. Coast Guard rescued a mariner in a sailboat race to Hawaii whose vessel became disabled early Sunday and towed his boat into Monterey Harbor this morning, the Coast Guard reported.

David Herrigel, operator of the 30-foot sailboat Domino was an entrant in the Singlehanded TransPac Race from San Francisco to Hawaii that began Saturday, according to the Coast Guard.

The race started from the Corinthian Yacht Club in San Francisco with 21 solo-sailboat racers, headed for the Hanalei Bay in Kauai, according the website of the San Francisco Bay Singlehanded Sailboat Society.

The command center of the Coast Guard Sector San Francisco received a distress call from Herrigel at around 4:30 a.m. Sunday after the Domino’s rudder had come off about 150 miles from the coast of Monterey, Coast Guard Lt. Theo Vaughan said.

Herrigel, in a report posted on the sailboat society’s website, said the Domino was floating in 8-foot-high swells when “there was a loud bang” and he soon “saw the rudder floating away.”

He said he noticed the entire rudder had broken off from the bottom of the boat.

Herrigel reported that he then sat waiting for a Coast Guard cutter “and/or a calmer sea state to fit (on) my emergency rudder and head home.” The Coast Guard dispatched the 87-foot cutter Hawksbill, based in Monterey Bay, to locate the Domino, Vaughan said.

The Domino’s well-equipped on-board communications system “was crucial in finding him” at such a distance in the ocean, Vaughan said.

Once the crew reached the Domino, Herrigel climbed aboard the Hawksbill, which was used to tow the Domino toward Monterey Bay.

Herrigel remained on the Hawksbill from Sunday until this morning, Vaughan said.

At 9 a.m. today, the Coast Guard’s 47-foot Motor Lifeboat met up with the Hawksbill and Domino as they entered the bay and took over towing duties while the Hawksbill returned to base.

Herrigel had rescue survival gear with him on the Domino, including a life raft, emergency positioning-indicating radio beacon, flares and a satellite phone that race organizers require of all entrants, the Coast Guard reported.

Also today, another sailor, Michael Jefferson, retired his 42-foot boat Mouton Noir from the race after 300 miles and set sail back to his slip in Alameda, citing the physical strain on him from “horrible sailing conditions,” according to the society’s website.

Jefferson wrote that he had completed four previous solo races to Hawaii, would work to return for another one and that he now plans to take a plane trip to Hawaii “to greet my fellow competitors as they arrive and to help them get turned around and back to California.”