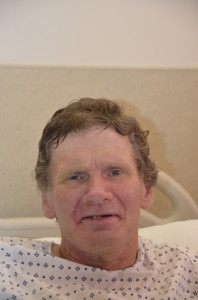 Family members have identified a man who showed up at San Francisco General Hospital more than a month ago but could not recall his name, a spokesman said today.

The man’s family arrived at the hospital after learning from media accounts of efforts to find out who the mysterious patient was, hospital spokesman Arla Escontrias said.

“He’s been reunited with his family,” Escontrias said.

The man, a white male in his 50s whose name is not being released, was admitted to the hospital on June 17 from a location on Bayshore Avenue, hospital officials said.

He was confused and carried no identification, complicating attempts by hospital employees to determine where to find his family so that he could return home, Escontrias said.