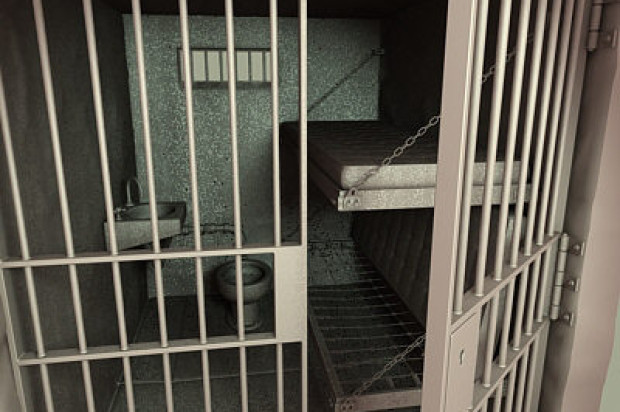 California’s death penalty is cruel and unusual punishment because the system is “dysfunctional” and its implementation arbitrary, a federal judge ruled today.

U.S. District Judge Cormac Carney wrote in a 29-page ruling today that the slow pace of appeals and executions in California have created an unmanageable backlog of prisoners on Death Row, a small fraction of whom will actually be executed.

He said that there is only a small chance of a prisoner sentenced to death actually being executed, effectively creating an arbitrary system where prisoners can’t know whether a death sentence will actually lead to an execution.

For that reason, he found California’s death penalty system to be cruel and unusual punishment and unconstitutional under the Eighth Amendment to the U.S. Constitution.

“Indeed, for most, systemic delay has made their execution so unlikely that the death sentence carefully and deliberately imposed by the jury has been quietly transformed into one no rational jury or legislature could ever impose: life in prison, with the remote possibility of death,” Carney wrote.

Since 1978, when California brought back the death penalty after an earlier state Supreme Court ruling abolished it, more than 900 people have been sentenced to death but only 13 have been executed, Carney wrote.

Of the rest, 94 have died of causes other than execution, 39 had their death sentence overturned by appeals, and 748 remain on Death Row with their cases at various points in the appeal process.

The delays in executions come from mandated appeals processes. All death sentences are automatically appealed to the state Supreme Court, which hears about 20 and 25 death penalty cases per year.

More people are sentenced to death than are removed from it through appeal, death or execution each year. By the time the average Death Row inmate’s first appeal is heard before the state Supreme Court, between 11.7 and 13.7 years have passed, Carney wrote.

“In California, a Death Row inmate will likely wait at least 25 years before his execution becomes even a realistic possibility,” Carney wrote.

To carry out the sentences of the 748 inmates on Death Row, California would have to carry out more than one execution a week for the next 14 years.

California has conducted no executions since January 2006 because of legal challenges to its three-drug system for lethal injections. After a lengthy appeals process, Gov. Jerry Brown announced last year that the state would be moving to a one-drug execution, but can still conduct no executions as it drafts policy for the shift.

Not only are the delays creating a cruelly arbitrary system, Carney said, but are undermining the purposes of deterrence and retribution for the death penalty.

Carney ruled on a constitutional challenge to the death penalty brought by Death Row inmate Ernest Jones, who was sentenced to death in 1995 in Los Angeles and remains on Death Row in San Quentin State Prison.

The case could be appealed to the 9th Circuit Court of Appeals, which could issue a statewide order if it agrees with Carney’s ruling, and then to the U.S. Supreme Court.