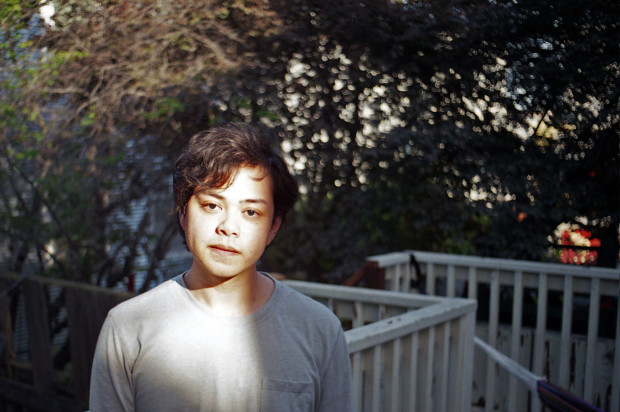 It’s been two months since Craft Spells‘ Justin Paul Vallesteros left for Seattle, WA and already he’s thrown himself into a place that feels more at home than his 10th and Folsom apartment. For Vallesteros, SF was the big city escape of his youth. He’d spend time there in high school, making the long drive from Lathrop with friends. This, of course, was before our current tech boom. Vallesteros, a mid-20s musician, has seen the city change firsthand and it is those changes that ultimately brought him back to his roots in the Central Valley.

Through a mixture of eschewing technology and picking up an instrument he was only vaguely familiar with, Vallesteros began composing Craft Spells’ latest full-length record, Nausea. Before Nausea, Vallesteros had been primarily composing on guitar. Jazz piano was, as he says, a very new thing. “I hardly knew piano,” Vallesteros tells the Appeal. “I knew basic piano and had taken one semester of it in high school. I only really remember performing Moonlight Sonata, actually. We had a song book and that was one of the songs you could pick and I chose that one because it was so dour and more sorrowful than the others. I thought, ‘that’s my kind of shit.’ I never really played after, either.”

Piano’s fundamentals provide a backdrop for lyrics that err on the neo-Luddite. Technology has been great for Craft Spells when it comes to promoting Nausea, but not so much before the album. Vallesteros spent a nice chunk of his time on social media, looking up various things on Wikipedia, or researching purchases he’s about to make. “I’m also usually on my phone looking at dumb apps,” Vallesteros explains. “Before the album, I was a heavy social media user and it used to just suck up all of my time and everything became a big blur.”

Nausea forced Vallesteros to become more connected with his inner workings and also provided a pivotal departure from Craft Spells’ past effort, Idle Labor. Where Idle Labor was bright and atmospheric, Nausea sits at the other end of the spectrum, a relatively melancholy effort whose album art even strongly contrasts its predecessor with a total lack of color. Though heavy, Nausea was enough to jump-start Vallesteros into furthering Craft Spells and finding a balance between his two LPs. He’s already working on new songs and has been exploring more droning tones.

Like many SFians, Vallesteros may always have a love-hate relationship with the city. He’ll also always consider it home, which is why he’s excited to take Craft Spells to the Chapel this Thursday. “I have my best friends from Stockton coming and a lot of people: roommates, my parents and their friends, who are going to be in attendance. I miss a lot of people. It’s been two months away,” Vallesteros says.