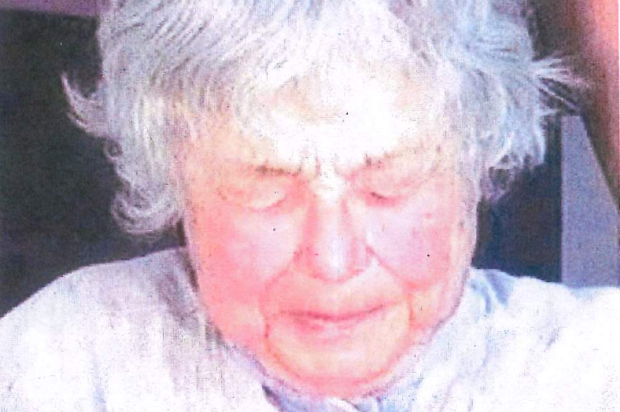 11:55 AM 7/3: A missing elderly homeless woman was found in Berkeley today, according to San Francisco police.
San Francisco police said Wednesday that Nancy J. Cross, 94, was reported missing after she was last seen Friday wearing a blue sweatshirt and green skirt.

Cross, who is homeless and was considered at-risk because of her advanced age, was found safe in Berkeley, police said.

2 PM 7/2: San Francisco police are asking for the public’s help to find an at-risk elderly woman who was last seen last week.

Nancy Cross, 94, is homeless and was last seen on Friday. She is considered at-risk because of her age, police said today.

Police said Cross walks with a walker and was last seen wearing a blue sweatshirt and green skirt.

Cross is homeless and is known to frequent the Berkeley Law library at the University of California at Berkeley campus and has gone to appointments at Highland Hospital in Oakland and other Alameda County hospitals in the past, according to police.

Police said she has been taking prescription pills for an unknown illness.