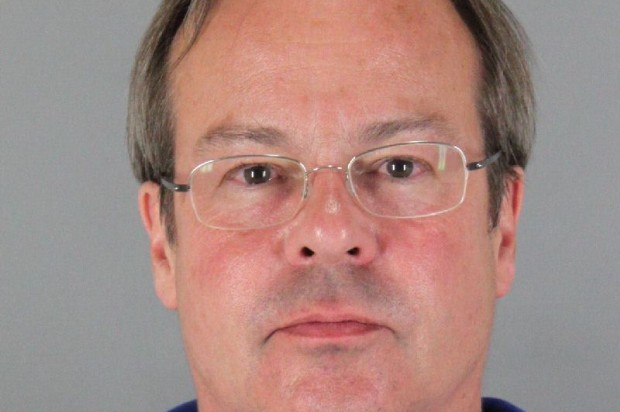 Eric Slighton, 53, a resident of San Francisco and Hong Kong, was arrested at the security checkpoint of the airport’s International Terminal around 12:30 p.m. on July 15 after officers responded to a report of a man who seemed intoxicated and was causing a disturbance, sheriff’s officials said.

Slighton was booked into San Mateo County Jail and released on $10,000 bail that he posted that night, according to the sheriff’s office.

Sheriff’s officials are looking into allegations that Slighton brought at least two women into a private screening room under the guise of being a security officer.

Today, sheriff’s officials said the two women are of Asian descent and possibly in their 40s.

The victims have not yet stepped forward or been identified.

The U.S. Transportation Security Administration issued a statement last week that said the “TSA is aware of the alleged incident and is cooperating with law enforcement.”

The incident did not involve any TSA or Covenant Aviation Security employees who work at the international checkpoint. Covenant is a private security firm that contracts with the federal government to provide passenger and baggage screening at SFO.

According to San Mateo County District Attorney Steve Wagstaffe, Slighton is scheduled to be arraigned on Aug. 18 in Redwood City.

On Slighton’s career biography on the website of Aktis Hanxi Group, an international banking and investment firm based out of Hong Kong, he is listed as the director and partner of Aktis Capital Singapore.

The bio also shares his career background working for Barclays Capital in Hong Kong and other companies abroad and in San Francisco.

On his social media pages, he lists himself as a banking professional who attended private K-12 school in Princeton, New Jersey.