Weekend Watch: The Edge Of Tomorrow, The Fault In Our Stars, Night Moves

The Edge of Tomorrow – Everywhere

Terrible title for a movie; it sounds like a 1960’s soap opera, not another Tom Cruise action film. Speaking of which, are his romantic drama days forever behind him? Did his last “marriage” put the final nail in the coffin of that career arc? Not that I’m complaining. I much prefer watching Tom Cruise fighting and running from aliens/robots/spies than watching him make out with anyone.

Also, when it comes to Tom Cruise and sci-fi, he does pretty good! Minority Report? Solid. War of the Worlds? A guilty pleasure. Oblivion? A…movie.

This one looks like Looper but with aliens and robots and, also, coincidentally, Emily Blunt. 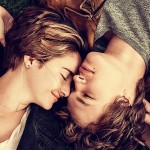 The Fault In Our Stars – Everywhere

Sometime back in my 20’s, at a video store on date night, (yes, a video store! I’m old!), I was seeking out some kind of movie that would me cry. Coulda been a romantic comedy, or some kind of tragedy, all I knew was I wanted to cry at the end of it. And my boyfriend didn’t get that at all. Why would I ever want to seek out a movie that would be guaranteed to make me cry? Why would anyone purposely seek out feeling sad? I didn’t have a clever answer, because I didn’t really understand it myself. I think I compared it to watching horror movies, and being scared. Being scared isn’t exactly a pleasurable experience, right?

Ultimately, I guess it can be about catharsis, and having an extreme emotional responses to something that doesn’t affect your life in any real way. Which is just a really long way of saying, The Fault In Our Stars is a story about teenagers with cancer who fall in love; it is the movie I would have picked up off that video store shelf back when I was in my twenties.

I miss Gene Hackman. Haven’t movies just kind of gone steadily downhill since he retired from acting? I mean, even the worst movie was worth watching if Gene Hackman was in it. If a Gene Hackman movie pops up when I’m channel surfing? I stop surfing.

What does that have to do with this drama from Meek’s Cutoff director Kelly Reichardt, about three radical environmentalists who get together to plan the bombing of a dam, starring Jesse Eisenberg, Dakota Fanning, and Peter Sarsgaard? Absolutely nothing, except that Gene Hackman starred in a great 1975 movie of the same name.