As far as unnecessary movie reboots of TV shows go, 2012’s 21 Jump Street was one of the less egregious ones, which is saying a lot coming from someone who (at the time) didn’t fully get Channing Tatum’s appeal, and can barely tolerate Jonah Hill. So, perhaps they have bucked the odds once again, and have come out with a sequel that isn’t actually worse than the first movie?

I doubt anyone needs to know the plot here, but take the first movie, move it to college, and presto change-o! You have the sequel. 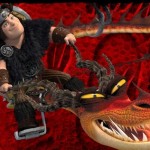 How to Train Your Dragon 2 – Everywhere

Hey, it’s another Jonah Hill movie! It’s Jonah Hill Week! When he sits around Hollywood, he really SITS AROUND HOLLYWOOD GET IT BECAUSE HE’S SO FAT HA HA HA.

I’m sorry Jonah Hill. I don’t actually mean that. On the one hand, it gives me pleasure that your weight fluctuation seems to garner almost as much commentary from gossip sites as does the weight of almost EVERY ACTRESS WHO’S EVER WORKED. But on the other hand, obsession with anyone’s weight is bullshit, regardless of who the fat-shaming is directed at.

Of course, that has nothing to do with an animated movie in which he isn’t even seen, but I’ve got nothing to say about said movie except, the first one was fine.

There are movie trailers that give away the whole movie, which can either piss you off, or give you a sense of relief that you no longer have to waste your time seeing that one. Then there are trailers that are so obtuse, you can’t tell if the movie has a plot, let alone what genre it is.

And then there are trailers like the above, which seem to give you a lot of detail, and a general sense of genre and plot, and yet give you no compelling reason to see it.

Unless you’re really into Laurence Fishburne, of course.

Jenny Slate’s infamous f-word flub on her first appearance as an “SNL” cast member was probably the best career move she could have made. Of course, she wasn’t officially fired after one season because of that flub, but c’mon. Since then, she’s done some really funny things, including the “Marcel the Shell” shorts, several appearances on “Parks & Recreation” and “Kroll Show,” and a short film called “Obvious Child,” that is now a full length feature.

If you missed it at the recent San Francisco International Film Festival, here’s another chance to see perhaps the only romantic comedy to prominently feature abortion. (And if that’s a spoiler, blame the marketing, as it seems to be the one thing everyone is talking about.) 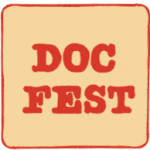 IndieFest’s annual DocFest is underway at the Roxie. Check out the full list of films here. There’s a lot of good stuff to choose from, and some screenings will even have special guests in attendance–such as the Amazing Randi and Mythbuster Adam Savage at the Sunday, 7PM, screening of An Honest Liar: The Amazing Randi Story…BELIEVE IT OR NOT.