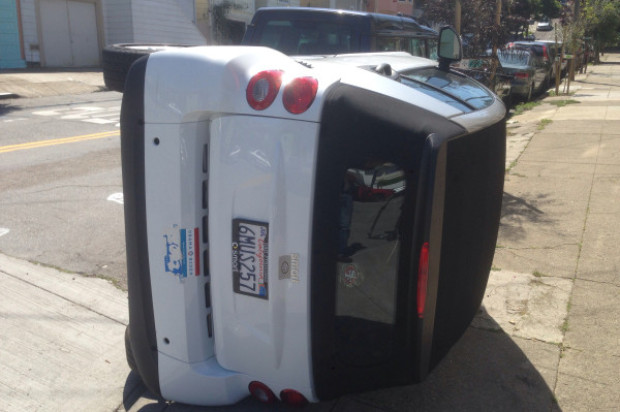 The latest “tippings” of the small two-seat cars were reported at 3:41 a.m. at Clayton Street and Parnassus Avenue and at 5:38 a.m. in the 1300 block of Clayton Street, near 17th Street, according to police.

Previously: Gang Of Hooded Vandals Flip Yet Another Smart Car

These incident follow a series of tippings reported about two months ago.

Three Smart cars were tipped early one morning in April within a 10-block radius near Bernal Heights.

The prank is considered felony vandalism, according to police.

The cars were first made by German auto manufacturer Smart Autombile in the late 1990s.

The tipping prank is fairly common because the roughly 1,600-pound cars are more easily tipped onto their sides, roofs or ends than other vehicles.