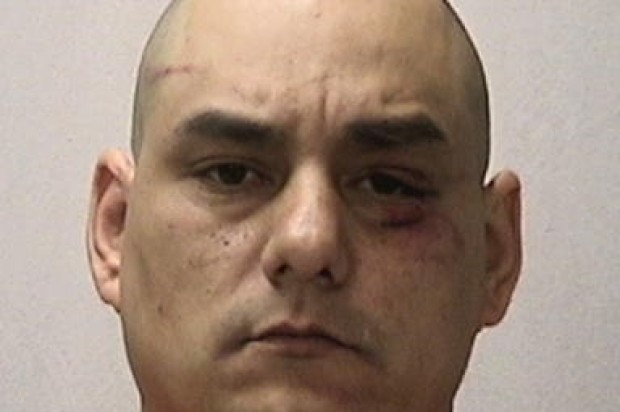 A man who barricaded himself inside a home in San Francisco’s Visitacion Valley neighborhood with his two children overnight has been arrested and identified by police.

Joseph Solis (photo above), 37, of San Francisco, was arrested after he surrendered himself around 7:20 a.m. this morning after holing up in a home in the 100 block of Ward Street since late Wednesday night, according to police.

A domestic violence incident occurred between 10 p.m. and 11 p.m. Wednesday in the 400 block of London Street in the city’s Excelsior District and shots were fired, San Francisco police Sgt. Danielle Newman said.

Solis allegedly fled from there to the home on Ward Street and refused to come out until this morning, Newman said.

He was allegedly in the home with his 11- and 14-year-old children, who were found safe after the man was taken into custody, Newman said.

During the incident, nearby residents were ordered to shelter in place, according to Newman.

The American Red Cross was called to assist residents who were unable to return to their homes overnight and into the morning, she said.

Solis was arrested on suspicion of child endangerment, intimidating a witness, being a convicted felon in possession of a firearm, negligent discharge of a firearm and resisting arrest, according to police.

He remains in San Francisco County Jail on $293,000 bail, according to senior sheriff’s Deputy Enrique Luquin.