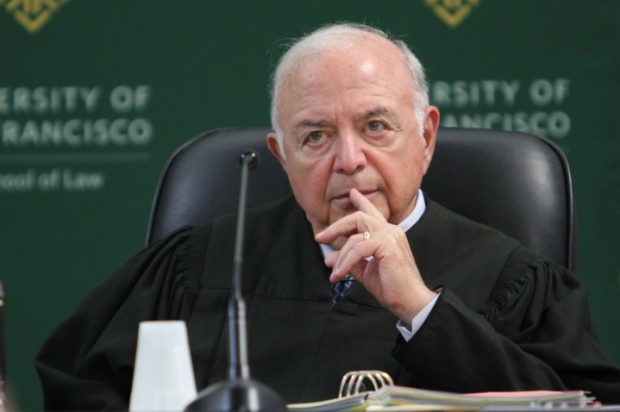 California Supreme Court Justice Marvin Baxter announced in San Francisco today that he will retire when his current term ends on Jan. 4.

The retirement of Baxter, 74, will give Gov. Jerry Brown the chance to make a third appointment to the seven-member court, which is based in San Francisco. Brown’s first appointment to the current court was University of California, Berkeley, law professor Goodwin Liu, whom he nominated in 2011.

The governor has not yet named his second appointment, who will replace Justice Joyce Kennard. Kennard retired in April.

Brown’s press secretary, Evan Westrup, said, “We are moving expeditiously to fill these vacancies and our top focus is identifying and appointing the best possible candidates.”

Baxter, who grew up in Fresno County, will have served on the state high court for 24 years when he steps down. He was nominated by then-Gov. George Deukmejian in 1990 and began serving in January 1991.

Before joining the Supreme Court, Baxter spent two years as a state appeals court justice in Fresno and six years as Deukmejian’s secretary for judicial and executive appointments.

As the principal appointments advisor, he assisted Deukmejian in naming more than 700 judges within the state court system. “I have been privileged to have such an interesting and fulfilling career in the law,” Baxter said in a statement today.

Baxter is also a member of the state Judicial Council, the policy-making body for the California court system.

Chief Justice Tani Cantil-Sakauye stated, “I was very fortunate when I became chief justice to have the quiet-spoken and reflective Justice Baxter on my left-hand side not only on the Supreme Court but also on the Judicial Council. I will miss his sage advice and counsel.”

Brown’s future nominations to the two seats must be confirmed by the California Commission on Judicial Appointments, made up of the chief justice, state Attorney General Kamala Harris and the senior presiding justice of the state’s courts of appeal.

In the past two months, Cantil-Sakauye has temporarily reappointed Kennard to the court several times for the purpose of completing opinions in cases in which Kennard had heard arguments.