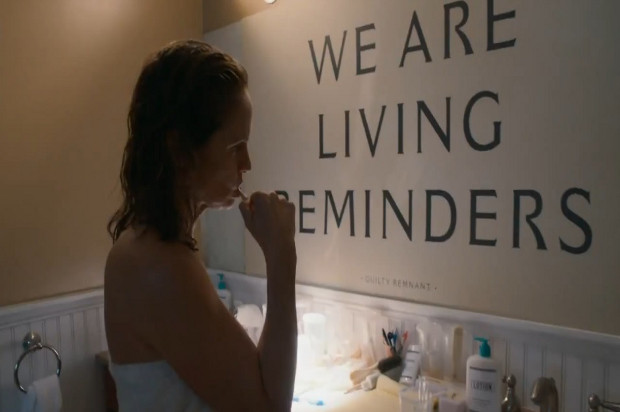 A couple of weeks removed, sure, but shoutouts to the ATX Television Festival in Austin, TX for putting on a wonderful event and shoutouts to the great people I met during my time there. It was the kind of place where I could use the word “penultimate” in regular conversation and not feel like the guy who insists on shoehorning the world penultimate into conversations.

Monday, June 23
Teen Wolf (10pm, MTV, season premiere)
Hey, while I didn’t attend the panel on reboots and adaptations at the ATX Television Festival, I secondhand-learned that it may just be easier to sneak what you want to make in by using an existing property as a trojan horse instead of pitching it cold. MTV’s Teen Wolf is certainly an example of this, as this isn’t just One Tree Hill with werewolves, you know? So be on the lookout for my limited, ten episode series adaptation/reboot of Surf Ninjas, which is really just delivery system in order to explore what really makes us human after all (via cultural re-re-re-appropriation).

Ceelo Green’s The Good Life (10:30pm, TBS, series premiere)
What do you do when you’re Ceelo Green and you’re not coming back to judge on The Voice this season? You get a reality show on TBS, of course. Duh.

Tuesday, June 24
Tyrant (10pm, FX, series premiere)
The previews that have been running for Tyrant haven’t done the best job at explaining what exactly the show is about aside from that there will be sand, oh so much sand. I can tell you it was created by Gideon Raff, creator of the Israeli series Prisoners of War, which was the basis of Showtime’s Homeland (Howard Gordon, co-creator of Homeland, also helped develop Tyrant, so there you go).

Covert Affairs (10pm, USA, season premiere)
Speaking of Homeland, this season of Covert Affairs looks to share some similarities with the upcoming season of the returning in the fall cable drama, which means I will have my ‘white women in Middle-Eastern-looking-lands’ quota filled until the end of the year.

Wilfred (10pm, FXX, season premiere)
It is a shame about Wilfred. The final season of the darkly comic Elijah-Wood-talks-to-dog-but-is-the-dog-really-talking-or-is-Elijah-Wood-going-crazy show will be aired on Cable Siberia (otherwise known as FXX) where nothing grows and all that is shown is a twenty-four hour loop of Emma Stone in Easy A (at least until that deal with FXX acquiring all The Simpsons episodes comes through later this year).

Taxi Brooklyn (10pm, NBC, series premiere)
Taxi Brooklyn sounds like the summeriest television series to ever summer! Detective gets drummed down to street cop, gets her license revoked, must enlist the service of taxi driver to get her around Brooklyn, solving crimes and shit. Allow to invoke a quote from the 1999 film Bowfinger, starring Steve Martin and Eddie Murphy:

Robert K. Bowfinger: And why is this going to work? Because Afrim here is a damn fine screenwriter, as well as accountant and part time receptionist. I said to Afrim “If you can write half as well as you can add-” Well I didn’t even have to finish my sentence. Twelve days later he hands me this, this masterpiece. Afrim, tell them what it’s called.
Afrim: Chubby Rain.
Robert K. Bowfinger: Tell them why!
Afrim: Because when the aliens come down to earth, they come inside raindrops, making the rain chubby. Chubby rain!

Today I learned that this is a loose (in the loosest sense of the word loose) continuation of the 2004 film Taxi starring Queen Latifah and Jimmy Fallon (which in turn was a remake of the Taxi series of movies written by Luc Besson). Everything is connected.

Thursday, June 26
NY Med (10pm, ABC, season premiere)
NY Med is a documentary series that premiered in 2012, which explains my befuddlement went I noted that this was its second season premiere and not series premiere. It follows the the medical staff and patients of Columbia University Medical Center and Weill Cornell Medical Center, and will probably not feature steamy sex in broom closets.

The long wait is over for one overjoyed Entertainment Weekly pun writer. pic.twitter.com/kz55UI1sp3

Continuum (10pm, Sy Fy, season finale)\
The time-travel-y cop show one of those shows I wish I had the time to watch.

I’ll see myself out.

Saturday, June 28
Buying Naked (10pm, TLC, series premiere)
I was originally going to pose the question if TLC was the Florida of television, and quickly rescinded that observation, as truTV is the channel that would hold this hypothetical distinction. I try to avoid using the whole “it’s like X meets Y” axiom in order to describe shows, but Buying Naked is like Naked and Afraid meets House Hunters because honestly that’s probably the amount of time the producers spent thinking up this show, so I’ll save myself the energy to power my smarm cannons.

Sunday, June 29
Reckless (9pm, CBS, series premiere)
Reckless is a show where good looking people in a professional vocation have sexual tension with each other.

The Leftovers (10pm, HBO, series premiere)
The Leftovers, based on the novel of the same name, is the first show by Damon Lindelof since LOST went off the air and then all of you took to Twitter to voice your displeasure with the finale and made him quit TV. Directed by Peter Berg, The Leftovers focuses on a small New York suburb trying to deal the aftermath of a Rapture-like event that mysteriously took away two percent of the world’s population three years ago. It stars Justin Theroux as the chief of police. Liv Tyler and Christopher Eccelston are also in it. The show looks like what happens when you transmogrify the psychic energy expelled when slitting your wrists in a bathtub into a script. I’m preparing myself for a major depressive episode while watching this series, personally.