X-Men: Days of Future Past – Everywhere

My biggest complaint about 2011’s X-Men: First Class was that the early 1960’s costumes were just ALL WRONG. So, if I can’t suspend my disbelief enough to buy that a CIA agent would wear a mini skirt into a meeting at the Pentagon, I’m probably not the best person to judge these movies. (That said, if they put 1973 Wolverine in a white polyester leisure suit, I’m going Phoenix on their asses.)

Adam Sandler and Drew Barrymore continue on their quest to convince the world they are the modern-day Tom Hanks/Meg Ryan by starring in their third romantic comedy together. But if they REALLY want to follow in those footsteps, they’ll stop at three. Fingers crossed! 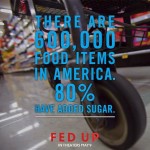 Be sure to grab an extra large Coke to go along with those Goobers on your way into the theater to watch this movie about how Americans are being poisoned by the sugar lobby, and how all our kids are going to die before we do. Enjoy!

Speaking of feeding your kids….Ricki Lake and Abby Epstein–who produced the documentary The Business of Being Born–also produced this follow-up doc, about the controversies surrounding breast feeding, as seen through the eyes of a diverse mix of new parents. Yes, in this movie, breasteses is literally breakfast.