Frat house moves in next door to a married couple with a new baby. COMEDY! Seth Rogen and Rose Byrne are the disturbed parents. Zac Efron is the leader of the disturbers. From the director of Forgetting Sarah Marshall. It’s not all us-vs-them as the trailer would lead you to believe, but don’t worry! There will be plenty of gross-out moments and beer drinking.

For some reason, this movie is premiering in theaters and not directly to DVD. This animated pseudo-sequel to The Wizard of Oz is NOT based on any of the Frank L. Baum books; instead it’s based on the work of his great-grandson, Roger Stanton Baum. Dorothy returns to a run-down Oz to help save her trio of friends. Includes the voices of Jim Belushi, Kelsey Grammer, and Dan Akroyd. Probably won’t give you the nightmares that the 1985 sequel Return to Oz did…and what’s the fun in that? 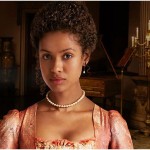 Pride and literal prejudice. This drama follows the life of an illegitimate, mixed-race woman who is raised as an aristocrat in 18th-century England. “Inspired” by the true story of Dido Elizabeth Belle and a painting by Johann Zoffany (meaning, a lot of liberties are taken with the story).

NOW: In the Wings on a World Stage – Roxie

For those who didn’t get to see Kevin Spacey on stage as Richard III (or for those who did, but couldn’t take more than an hour of it) here’s your chance to see highlights from his performance, and a behind-the-scenes look at his collaboration with director Sam Mendes. Truthfully? It sounds like 90 minutes of ego stroking. Haters gonna hate!