Weekend Watch: Maleficent, A Million Ways To Die In The West, Cold In July, The Dance Of Reality

Angelina Jolie is getting praise for her role as the classic Sleeping Beauty villainess,  but I can’t get past her crappy English accent, which hasn’t improved much since her Tomb Raider days. Plus, this “re-imagining” looks to lay on the Lord of the Rings-esque battle sequences on pretty thick, perhaps in hopes of getting some boys into the theater. Still, I’m pretty sure there are plenty of parents out there who will welcome this, if only because it may mean they won’t have to listen to “Let It Go” another goddamn time. 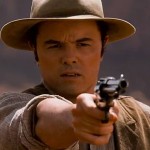 A Million Ways to Die in the West – Everywhere

Seth MacFarlane directs and stars in this parody of the Western movie genre, because if there’s anything kids these days find hilarious, it’s Westerns! Somehow, he corralled an impressive cast, including Liam Neeson, Charlize Theron, and Neil Patrick Harris, and I’m sure MacFarlane’s faithful will find it hilarious. But being that I’ve never laughed during an episode of “Family Guy,” I’m gonna stay home and watch Blazing Saddles instead. 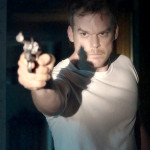 Texas-set, twisty pulp fiction based on the novel by Joe R. Lansdale. Michael C. Hall stars as a man who shoots an intruder in his home, and soon finds himself ensnared in something nefarious. Sam Shepard and Don Johnson co-star. Also available On Demand.

The Dance of Reality – Opera Plaza

Cult director Alejandro Jodorowsky, who was recently featured in the documentary Jodorowsky’s Dune, returns to directing with his first film in 23 years, an autobiographical drama about his childhood in Chile. But remember, this is from the director of El Topo; it’s not going to be your everyday, run of the mill biopic.