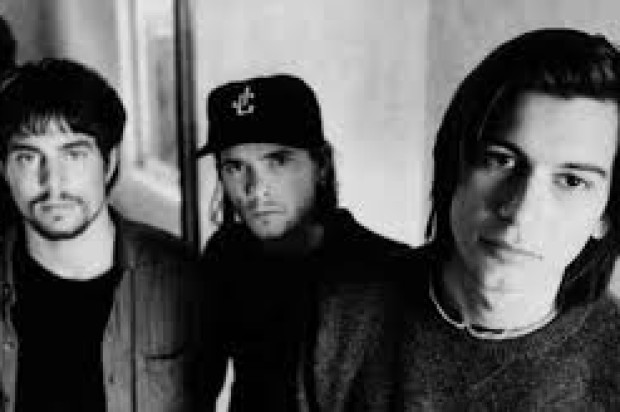 While you were ordering flowers (or edible arrangements) and setting those Mother’s Day plans in motion, the prolific and misunderstood Maynard James Keenan was celebrating five decades of being on this planet with four bands that not only shared members but musical memories.

Of the outfits that form the essential roots and trunk of Keenan’s projects, Failure covers its branches like a fast-growing moss. The Fantastic Planet band rallied around Keenan this past weekend at Los Angeles’ Greek Theatre for a Cinquanta celebration that essentially established fifty as the new fifteen.

There was a playfulness shared between bands and bandmates that drummer Kellii Scott insists took a whole lot of hard work. “It’s kind of a round robin. The entire set-up really is sort of in Puscifer’s style where it’s kind of like a campfire,” Scott tells the Appeal.

The long rehearsals and preparation for the two-day celebration easily harken back to Failure’s own band practices. The group isn’t one to rest on their laurels, nor do they consider themselves so unfocused as to simply noodle around. When Scott first got the call on reuniting after seven years of silence, frontman Ken Andrews initially discussed hitting the studio again, which soon turned into far more than their Tree of Stars EP.

The band’s first tour dates just happen to be in the Bay Area at the Great American Music Hall. An evening with Failure isn’t just an evening: fans can experience all the band has to offer this Wednesday and Thursday.

“We’re working off this software-based fractals system,” Scott says. “It’s a wall of pedals that we use to perform live. We’re building scenes within each song. We opted to build the unit internally and it’s been great to pare down what we need to the essentials, deciding what we want and not having any garbage onstage. Even with our drums, everything is cleanly mounted and spatial.”

Technology’s advancements has taken Failure’s live show to a whole other level. Where less than a year ago, they were blasting fans with solid burst of LEDs, they’ve now changed their light show to a more intuitive, continuous array of cues that set the mood rather than scream it. The final product is truly what Scott is looking forward to most, especially in SF.

“The Great American Music Hall is such a gorgeous venue. Its acoustics are great and we’re really looking forward to kicking things off there,” Scott exclaims.