Nowhere But Up: TEEN Plays the Chapel 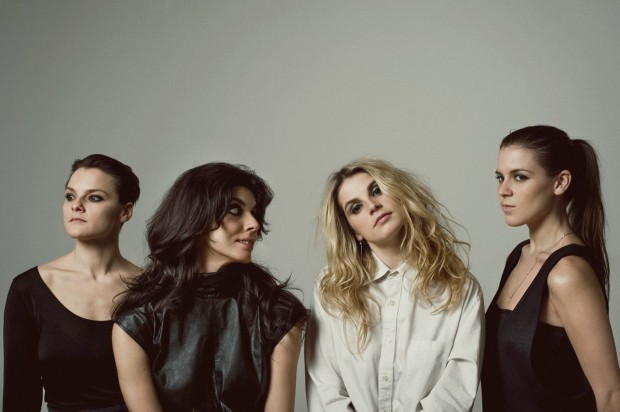 It’s always fascinating to hear what a musician may cite as inspiration for an album, a style; anything really. The idea of creative forces feeding off each other the way that light bounces from surface to surface, refracting and changing as it goes, is incredibly powerful. There’s always the surprise factor as well: take TEEN frontwoman Kristina “Teeny” Lieberson’s love and appreciation for R&B superstar D’Angelo.

“D’Angelo is music that I grew up with. Not to say that I sound anything like him,” Teeny tells the Appeal. “He’s definitely among the best. I recently saw D’Angelo at Brooklyn Bowl. He played for 300-400 people and it was just him and Questlove. It was completely sensual. You couldn’t believe how much sound was coming out.”

That force of musical power is what helped inspire the expansive sound in TEEN’s latest LP, The Way and Color. Its sound borders on world music, thanks in part to new bassist Boshra AlSaadi’s musical pedigree. AlSaadi’s influence even extends as far as the album artwork: it was she who painted the geometric hands on the Way and Color’s cover.

“She’s a really talented artist. We were trying to find an artist and had looked through all these people and she said, ‘let me try it,'” Teeny explains. “She took a few photos of my hands in different positions and that’s what we went with, with my palms open. My hands represented an offering. The point was for us to be more expressive.”

In that regard, Teeny’s expressiveness has finally come full-force in the type of strong vocals that were previously shrouded in lo-fi production. Closing track “All the Same” is a dreamy, meandering track that sees Teeny’s vocals flying at their highest. It’s essentially where she wants to be and, hopefully, where the band’s headed. TEEN have a lot of goals, especially in their live shows.

“We love live music so much and just love to see a real band playing. We’re more performative. We’d love to get to a point where we add a light show,” Teeny says. “My ideal set-up? Oh, I’d love twenty people onstage with dancers and huge lights. I would love to have a more choreographed show.”

Until that day comes, you can catch the juggernaut that is TEEN tonight at the Chapel. Purchase tickets here.