Alex of Venice Begin Again Heaven Adores You Impossible Light Night Moves SFIFF Stephen Merritt with The Unknown The One I Love yves saint laurent by Rain Jokinen | May 5, 2014 4:21 pm | in Culture | 0

The San Francisco International Film Festival continues through Thursday, and there’s even more great stuff to see. Here are some picks for the rest of the fest.

Impossible Light  8:00PM at the Sundance Kabuki
Check out two documentaries tonight. The first is about Ben Davis, the man responsible for the Bay Bridge light installation, and how it took him almost two-and-a-half years to get those lights twinkling. (It screens again on Wednesday.)

Heaven Adores You 8:00PM at the Sundance Kabuki

This doc looks at the life, music, and death of indie music pioneer Elliot Smith. If nothing else, it’s a chance to sit in a dark theater and listen to some good tunes. (The movie includes some archival live performances by Smith.) Director Nickolas Rossi and the film’s producers will be at the screening for a Q&A. (Repeat screenings on Wednesday and Thursday.)

Stephen Merritt with The Unknown 8:00PM at the Castro

Merritt, best known for his work with The Magnetic Fields provides a live soundtrack to the Lon Chaney silent classic The Unknown, in which Chaney is an armless sideshow performer…or is he?!

Before the feature presentation, Merritt will be joined by Daniel Handler on accordion, as they–and the audience–compose a new score for the 1995 Guy Maddin short “Sissy Boy Slap Party.”

The One I Love 9:15PM at the Sundance Kabuki

Mumblecore darling Mark Duplass joins “Mad Men”‘s own Elisabetth Moss for this twisty comedy about a married couple who venture on a romantic weekend at a private estate, on the suggestion of their marriage counselor (Ted Danson). Will they find the same romantic success the supposed 100% of previous couples have found in the same house?

Biopic about the life of the fashion designer, as he rose from the ranks in the house of Dior in the 1950’s and beyond. If you like looking at pretty dresses, you can’t really go wrong here. (Screens again on Thursday.)

John Carney, the writer and director of Once is back with another music-filled romantic comedy. Mark Ruffalo is a record exec on a downward career spiral who spots a singer he sees as his potential ticket back into the big time. That singer is played by Kiera Knightley, in her first musical role. Does she have the singing chops? Do I care? Not really. I’m just in it for the Ruffalo. 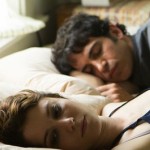 The official closing night film was directed by and features Chris Messina, who “The Mindy Project” fans will instantly recognize; (he plays her current on-again-off-again love interest, Danny). Elizabeth Winstead stars as an activist lawyer, wife, and mother who must deal with the sudden leave of her husband (Messina), her motherly duties, and her aging father (played by Don Johnson). All three actors are scheduled to appear at the screening.

Check out the entire calendar here, and remember, sold out shows will usually have some “rush tickets” available just prior to showtime!