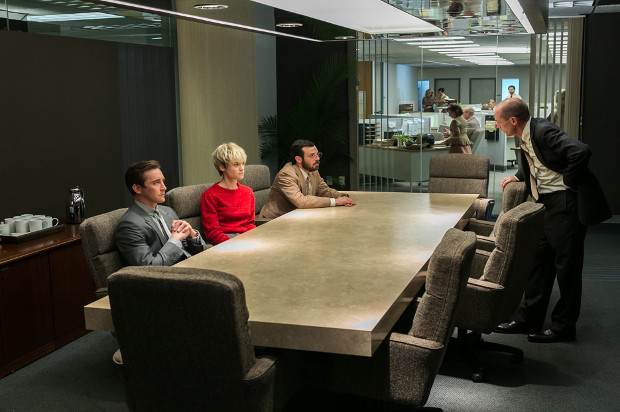 It’s Memorial Day! So aside for remembering to thank someone for serving in the military, applying direct heat to food in an outside setting, summer season kicks off!

Monday, May 26
Masterchef (8pm, FOX, season premiere)
A new season of Masterchef means we are only a couple of months away from Masterchef Junior and an entire season of Gordon Ramsey encouraging children, which is the best thing in the world.

American Ninja Warrior (9pm, NBC, season premiere)
As an Asian American person, I’ve always been uncomfortable with the pervasiveness of ninjas in pop culture. “Ninja” is a bullshit designation anyway, it’s like saying a person is an accountant. It doesn’t help that American Ninja Warrior is still an adaptation of the Japanese show Sasuke. Anyway. My problems with the show is that is overly narrativizes everybody’s melodramatic struggle to run an obstacle course where they have to hold on to a rolling log to avoid falling into water.

Tuesday, May 27
Extreme Makeover: Weight Loss Edition (8pm, ABC, season premiere)
Because it’s way easier to watch change happen to other people on television than it is to actually enact change in your own life.

The Wil Wheaton Project (10pm, Sy Fy, series premiere)
Nerd hero Wil Wheaton gives an overview of the nerd world in this weekly round-up show, which might actually put the sci-fi back in Sy Fy. Or make me wish The Anti-Gravity Room was still a thing.

The Night Shift (10pm, NBC, series premiere)
The voice-over narration for the trailer alone makes it sound like a commercial for BBQ sauce. Which makes sense since this show features the (sexy) hi-jinx and (sexy) pratfalls that sometimes occur when you work the night shift at a hospital in San Antonio. Ken Leung is in the cast, so I guess LOST fans who don’t know how to let go of the past will have to restart their campaigns for a Ken Leung/Josh Holloway buddy cop spin-off show.

Wednesday, May 28
World Music Awards (8pm, NBC)
Is this honestly a tribute to the “world music” section at record stores, or how whenever something with bongos is played someone asks if this is the Buena Vista Social Club or something and seems racist?

Rogue (8pm, DirecTV)
Thandie Newton returns for a second season of detecting in what ought to be Oakland. I remember being bummed out at this show last year because, despite the fact that that the first season takes place in Oakland, it decided to take on a super generic premise that honestly could have been ANYWHERE (says the person born and bred in Oakland). Season two will apparently also focus on corporate espionage in San Francisco, because much like real life, once Oakland gets some shine San Francisco is there to swoop in to overshadow.

Undateable (9pm, NBC, series premiere)
From Bill Lawrence (Scrubs, Cougar Town, Ground Floor), clueless single guys try to find female companionship in a canned laughter, multi-camera sitcom world. Because lovable single losers only work on television, not in real life. Because that shit in real life just means you are a maladapted shithead who hasn’t even considered the idea of overcoming your ego and your belief that you’re a “nice guy.” Because you are more comfortable letting those feelings of entitlement curdle into hate than you are thinking that maybe the world doesn’t owe you anything.

Friday, May 30
Derek (Netflix)
The entire second season of Ricky Gervais playing a mentally handicapped caretaker at an elderly home returns for you to either love or squirm uncomfortably at.

Crossbones (10pm, NBC, series premiere)
I fear that we are at the point with television where shows will only get produced based on whatever celebrity can be secured, becoming much like the movie industry and churning out staid concepts buoyed by likes Tony Danza in the chase for small screen prestige. Anyway, here’s John Malkovich doing John Malkovich things as the pirate Blackbeard, in what looks like a pirate Apocalypse Now.

Saturday, May 31
Bet On Your Baby (8pm, ABC, series premiere)
If you a new parent and your baby isn’t making you money at this juncture you are a shitty mom or dad. The sooner your baby knows that gas, grass, or ass, nobody rides for free, the better. I mean what is your ROI on your kid anyway? Do you even know? Until some objectivist-minded entrepreneur invents some kind of baby sharing service in order to let parents rent babies out to barren couples in order to deceive impatient wannabe grandparents, new parents are gonna have to bet on their baby. I still believe in my heart of hearts when state-broadcasted executions of dissents become a thing in the near future, Bet On Your Baby will be a lead-in.

Sing Your Face Off (9pm, ABC, series premiere)
In this celebrity competition show hosted by Torchwood’s John Barrowman (which actually makes me really happy), celebrities (Fields, Jon Lovitz, China Anne McClain, Lisa Rinna) will over the course of the series take on the identities of iconic performers. Which actually makes me really sad, mostly in a self-identifying context. The name alone has this sinister, dissociative, deprogramming subtext, this idea of singing away your established identity, just as grist for the television mill. You are not good enough as Jon Lovitz, so try your hand at becoming Michael Jackson or something. And of course maybe (read: I am) I’m thinking too much about it, but shit, it’s one thing to transform yourself by losing weight, or maybe by becoming a celebrity who learns to high dive into pools (this show was probably an easier sell than another season of Splash) but to “become”? For a competition show judged by Debbie Gibson, Darrell Hammond, and Sebastian Bach? Damn.

Sunday, June 1
Enlisted (7pm, FOX)
Our worst fears have been realized and Enlisted is not coming back for a second season, but we can at least watch the final few episodes.

Halt and Catch Fire (10pm, AMC, series premiere)
AMC’s latest attempt to try and recapture the shine Breaking Bad left and Mad Men (will soon) leave behind focuses on the dawn of the personal computing revolution in the 80’s. Featuring Lee Pace, Scoot McNairy, and Mackenzie Davis as they try to reverse engineer an IBM PC. AMC released the pilot a week early, and while I rather enjoyed it, the 80’s setting, the premise, Lee Pace, and its harsh lighting, I couldn’t help but think that thematically, Halt and Catch Fire was just a grab bag from Breaking Bad and Mad Men. When is AMC going just gonna admit that they’re not the acronym for Anglo Midlife Crisis?

Silicon Valley (10pm, HBO, season finale)
When Silicon Valley was announced, my interest was piqued, hoping it would be a takedown of the bullshit tech start-up culture, kind of like what the first half of Office Space was. My experience with the show (up until its penultimate episode) has been the opposite of that. What I saw was a boutique sitcom following along a predictable arc, complete with swears and sex and objectionable content. Which isn’t BAD, but not exactly what I was expecting, and took a remodulating of my expectations in order to fully enjoy. Although to be fair, the c stories in some of the middle of its run showed slices of life in the Valley that was more in line with what I was hoping for. But the ensemble is great, the writing can and has been sharp (the cold open of episode three demonstrated how scary good the show can get), and some characters exuded what can be referred to as pathos.

Related, I am started to think that whenever HBO does a ‘subculture’ sitcom, they leave out one key element on purpose (Girls = people of color, Silicon Valley = women) just to troll and to then have a bandage to put on for next season.

See you next Monday! Have a great Memorial Day!