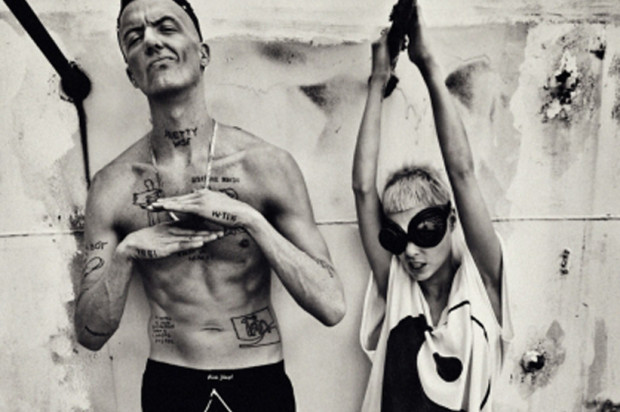 South African outfit Die Antwoord are just one week away from unleashing their third album upon the world. Donker Mag follows 2012’s Ten$Ion, an album teeming with dance numbers and furthering the myth that is Die Antwoord. The band continues to churn out hyper-creative projects, such co-founders Ninja and Yo-landi Vi$$er’s concept video for first single “Pitbull Terrier.” That creative freedom comes in part from starting their own label and maintaining an ambiguity between performance piece and genuine music.

Regardless of where they stand, Die Antwoord more often than not are on the run. The band’s infectious energy has taken them all over the world and put them at the forefront of SF festivals: Die Antwoord have played both Outside Lands and Treasure Island Music Festival. Now they set their sights on the iconic Fillmore. One can only imagine just how psychedelic the show poster’s going to be, much less the show itself.