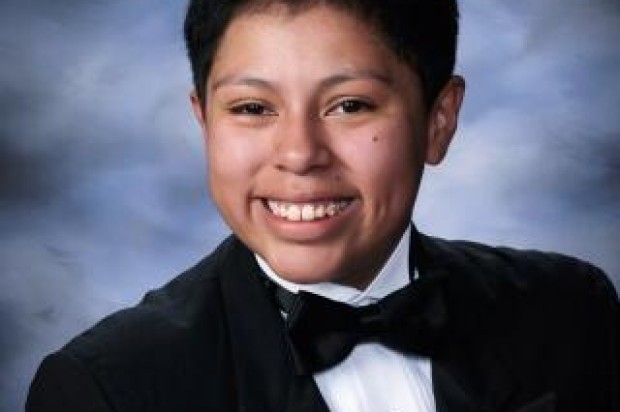 School officials from San Francisco’s Sacred Hearth Cathedral Preparatory School publicly apologized today to a senior high school student and her family for their decision to pull her senior portrait from the yearbook because she broke the gender-based dress code.

Jessica Urbina, a graduating senior at the school at 1055 Ellis St., wore a tuxedo for her senior portrait, which was in violation of the dress code.

The school is overseen by the Archdiocese of San Francisco.

School principal Gary Cannon and president John F. Scudder Jr., said in a statement, “As in past school years, any senior who sat for senior portraits but did not conform to the dress code did not have a portrait included in the portrait pages of the yearbook.”

Jessica’s photo also would not have been displayed at the graduation ceremony scheduled for Saturday.

School officials reversed their decision after the student body rallied support for Jessica on Friday by wearing bow ties and other formal wear to school.

Cannon and Scudder said, “Given the nature of this specific case, however, we believe that decision, while conforming with our policy, was wrong. Moreover, the lack of communication with the family led to even greater anguish as it proved unexpected to the student and family as it came at the very end of the school year.”

The letter went on to ensure that Jessica’s senior portrait would appear in all graduation places and events.

“We also reassured her, as we have throughout the school year and at various school functions, that her choice of clothing for graduation and end of the year ceremonies would be supported,” the statement read.

According to school officials, Cannon had met with Jessica Thursday but “it was clear that the school had not adequately communicated to Jessica or her parents the decision made several months ago regarding senior portraits.”

The school held another meeting with Jessica and her family on Friday afternoon after her story of discrimination went viral and was picked up by media throughout the country.

The school then decided to change its policy regarding senior portraits.

“We agree with our students who showed solidarity with their classmate that the current policy regarding senior portraits is not adequate to meet the needs of our families or our mission,” the statement said.

Also on Friday, the school met with Jessica’s family to “express our regret and acknowledge our failure to adequately communicate about this issue several months ago when these discussions and decisions should have been made collaboratively.”

The statement says the school hopes to move forward after hearing from many alumni who wrote about their experiences at Sacred Heart, including many who were disappointed in the school’s decision.

Daly City Mayor David Canepa, an alumnus of the school, issued a statement on Friday condemning the decision to pull Jessica’s photo.

The school’s letter started by formally apologizing to Jessica and her parents and went on to discuss creating an inclusive and supportive atmosphere for the gay and lesbian community at the school.

“As a school, we must better learn how to support our students who are navigating issues of gender identity,” school leaders said.

Jessica’s family didn’t want students to have to wait to receive their yearbooks, so the books will not be reprinted as the administration had initially offered.

Instead, the family has suggested other methods to include Jessica’s senior portrait in graduation festivities.